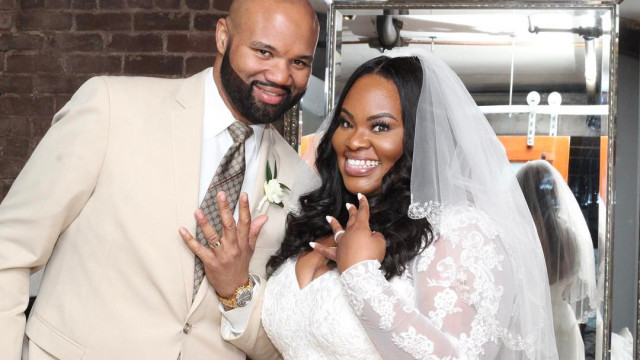 Grammy-winning recording artist, Tasha Cobbs. The “Break Every Chain” songstress shocked the world with her surprise wedding over the weekend to music Producer, Kenneth Leonard.

The two exchanged vows in front of a small group of family and friends, who originally thought they were attending a private dinner party. Although the event was a shock for many, Tasha Cobb says the ceremony has been in the works for quite some time now. “After a year of pre-marital counseling and much planning, the timing was finally perfect. It was incredible to be able to surprise those closest to us!”

Tasha Cobbs became one of gospel music’s top artists when her 2013 hit, “Break Every Chain,” topped charts and garnered numerous accolades, including a GRAMMY® Award. Named by Billboard Magazine as the Most Streamed Gospel Artist and Top Female Gospel Artist of 2016, Cobbs is currently working on new music, to be released on Motown Gospel later this year.