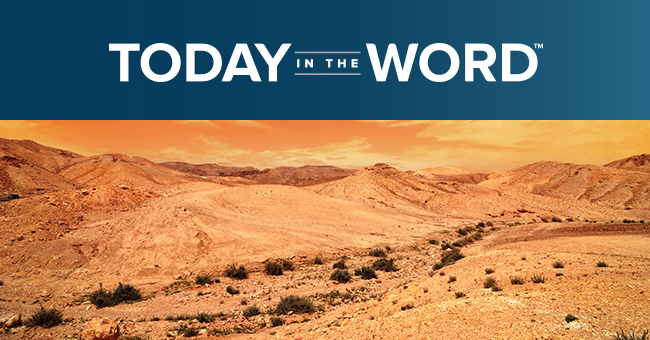 GRUMBLING, PROVISION, AND JUDGMENT IN THE DESERT

People who fly frequently complain about the blandness of airline food. Now we know why! Recent research found that the type of white noise heard by airplane passengers affects their sense of taste. Specifically, loud background sounds such as the engine noise heard in aircraft cabins reduce people’s ability to taste salt and sugar.

What excuse did the Israelites have in today’s reading for their complaints about the food provided by God? To this point, the people have been reported to be obedient, but from here on we see more of their complaining and faithlessness. That trend will climax in things going tragically wrong at the border of Canaan and resulted in a lost generation.

The grumbling wasn’t new; the Israelites were reverting to their old ways (see Exodus 15–17). Here, they first complained about the hardships of the journey. God judged them with fire, mercifully stopping it at the outskirts of the camp in response to Moses’ intercessory prayer.

Having learned nothing, the people then complained about the food God was miraculously providing. They were bored with manna. The phrase “craved other food” (v. 34) indicates that the people were behaving as slaves to their appetites and self-indulgence. Moses, understandably fatigued and frustrated with his stubborn people, complained to God about them.

The Lord mercifully provided seventy elders to share the burdens of leadership, then provided quail for food. But this provision was also a judgment, for God intentionally sent so much meat that the Israelites grew sick of it, both literally and figuratively (vv. 19–20, 33–34). They were struck with a “severe plague,” a deserved punishment for their ingratitude and faithlessness.

We also struggle with being discontent with God’s provision. Grumbling, however, is serious business, as God’s judgment demonstrated. Consider how well you are growing in godly contentment and gratitude. If you find that you complain more than you praise, confess that attitude and ask the Lord to give you a spirit of contentment (Phil. 2:12–16).

Today in the Word’s Devotion is a production of Moody Global Ministries (All Rights Reserved).