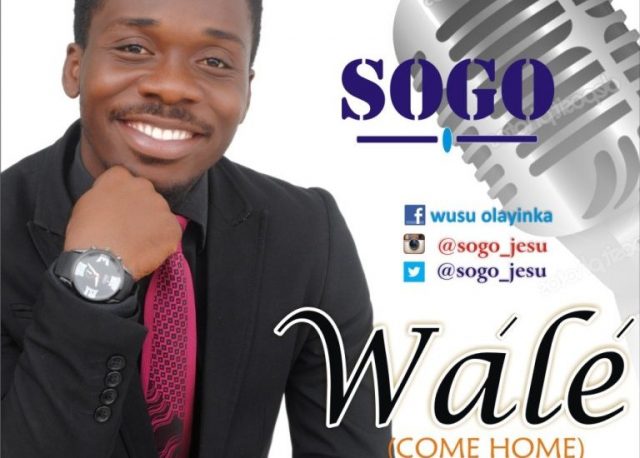 Wusu Olayinka popularly known as “SOGO” is out with his much awaited debut single titled WALE.  This song calls out to the lost souls to come back home to the father and to awaken the sleeping saints.

His singing career started when he was about 5 years old at Foursquare Gospel Church, Ejigbo zone where his parents were ministers. He was encouraged to learn many instrument such as drums, keyboard and guitar which he still plays.

According to Sogo, “Wale came on the 21st of April,2017 at about 12:40pm while worshipping God at my place of work observing my break.”

“The spirit of God fell so strong upon me as I was listening to Victoria Orenzie’s song On Fire and I began to write. I could practically see the heart of God calling all Flesh who has wondered and are lost back home to Himself. I could see God reaching out His loving arm to the human race.”

He ministers at various gatherings and churches across Nigeria as he desires the knowledge of God to fill the earth.