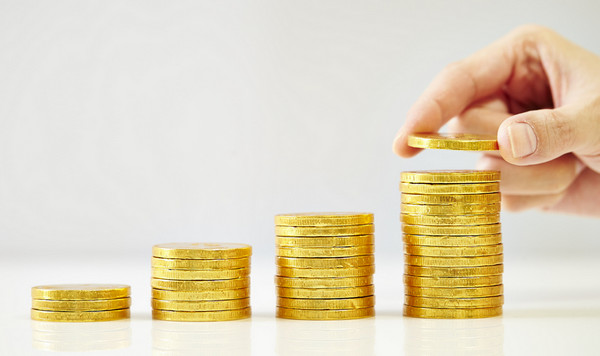 Here is the second and concluding part of my article Costly Truth.

I wince whenever I hear anyone purport Christianity as one inundated with everything but a cost. Even the foundation of our salvation didn’t come at a cheap price. Why think then that our lives as believers are supposed to be free from such. The likes of Huxley and Nagel, mentioned earlier, see this clearly and hence run away from it. Jesus makes it quite lucid: the life of His every follower, is one of a daily lifting of one’s individual cross. Who among you, if he wants to build a house, would not first sit down and count the cost?(emphasis added) He asked. Allow me suggest three costs each one has to examine.

The Invitation to Suffer: A man once came up to Jesus. Probably captivated by His message, he desired to join the itinerant preacher. I would follow you wherever you go, he vowed. Unfortunately, Jesus’ response wasn’t what he hoped for. The Son of Man had no place to lay His head. I imagine this man’s face fall. Beneath this rests a bigger picture. Houses, cars, clothes, fame, popularity, might be starved of us. He isn’t insinuating however, that one has to lack material things to be a true follower. But in case we lack these things we should yet be ready to follow Him because of who He is. There might be times of suffering and deprivation. In fact, permit me to say there ought to be. Peter, learnt this the hard way after denying the Lord three times-out of a longing for self-comfort. Writing to believers who faced persecution and scorn for their faith, he says “Dear friends, do not be surprised at the painful trial you are suffering, as though something strange were happening to you” (emphasis added). This statement isn’t only counterintuitive, but also countercultural. To think suffering as normal, we could convict such a one of masochism. This however, is diametrically opposed to that. He goes on to say “if you suffer as a Christian, do not be ashamed, but praise God that you bear that name.” As Jesus earlier remarked to Peter and his cohorts, no servant is greater than his master. If they persecuted Him, they would indeed do same to us. It is therefore right, to examine this critically, divorce ourselves of our materialistic inclinations, and be ready to suffer.

The Invitation to Love Him above Family and Friends: This might be the toughest for obvious reasons. Our Muslim friend earlier mentioned was faced with this choice. The choice of selecting between God and ‘our people’. Indeed it is tough. In the movie, God’s Not Dead, Aiysha a Muslim, decides to accept Christ. However, she faces a conundrum when her father discovers this. He doesn’t only get angry but also throws her out of the house.

Nabeel Qureshi, born in a devout Muslim home but embraced Christianity after examining the evidences and confirmations via dreams, at the end of his testimony writes: “My family learned of my conversion, they have not been the same. My mother has tears in her eyes whenever I see her, a quiver in her voice whenever I hear her, and absolute despair on her face in sleep and while awake. Never have I met a mother more devoted to her children than my mother, and how did I repay her? In her mind, decades’ worth of emotional and physical investment ended up with her son espousing views that are completely antithetical to everything she stands for. My father, a loving, gentle, and big-hearted man with every ounce of the emotional strength expected of a 24-yearveteran of the U.S. military, broke down for the first time that I had ever seen. To be the cause of the only tears I ever saw fall from his eyes is not easy to live with. To hear him… the man who stood tallest in my life from the day I was born, my archetype of strength, my father… to hear him say that because of me he felt his backbone has been ripped out from behind him, feels like patricide. It was then that I wondered why God had let me live; why had God not just lifted me to Himself when I had found the truth? Why did I have to hurt my family so much, and practically eschew the ones who loved me more than anyone else? The answer was sought and found in God’s word. After accepting Him, it is my duty to work for Him and walk His path. For now, my loss was to be comforted by His words found in Mark10:29-30:I tell you the truth, Jesus replied, no one who has left home or brothers or sisters or mother or father or children or fields for me and the gospel will fail to receive a hundred times as much in this present age (homes, brothers, sisters, mothers, children and fields—and with them, persecutions) and in the age to come, eternal life.”

If those outside could make such sacrifices to come in, how much more we who are ‘inside’? Just like Paul, and a lot others, we can say gladly, ‘’I can do all things through Christ who strengthens me.’’

The Invitation to Abandon the Old Ways of Life: The moral price to be paid in this journey drives a many away. As Huxley honestly put, his erotic desire was primary to meaning. Be it lust, greed, debauchery, there is an invitation to lay them aside and embrace the new life. In the midst of the barrage of temptations we face purporting the sweetness of stolen waters, we are reminded that whoever places his hand on the plough and looks back, is not fit for service in the kingdom of God. A time may come along when nostalgic feelings begin to resurface. That will call for re-examination. All pleasure comes with a price. With true pleasure, you pay the price before. With false pleasure, you pay the price after. Examine yourself today, and opt to make the right choice irrespective of the cost.

Beyond the abstraction of truth, there is one who claimed to be the embodiment of truth. Standing before Pilate, Christ made the remark that everyone on the side of truth listens to Him. The good news is, His claims can be tested, and in the end you will find it worth your while.