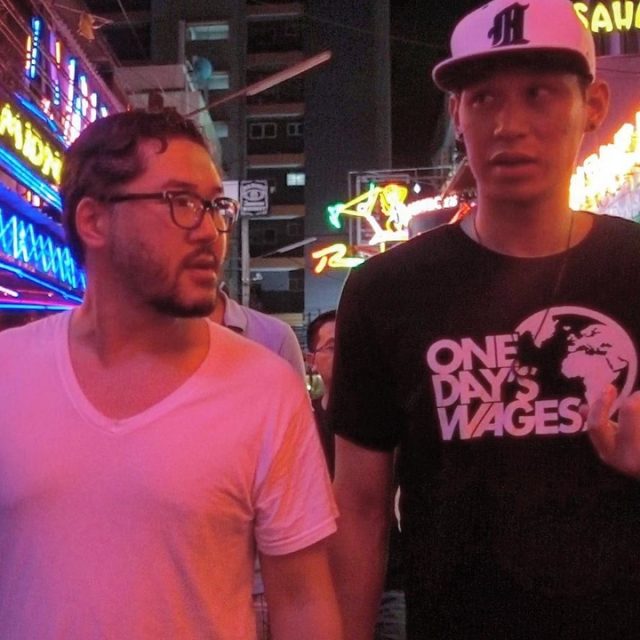 NBA basketball player Jeremy Lin has revealed that his perspective has been “changed” after a recent trip to Asia, where he, along with Pastor Eugene Cho, walked through one of the red light districts in Bangkok and witnessed firsthand the horrors of human trafficking.

As reported, the 28-year-old guard, who was signed to the Brooklyn Nets last year, recently teamed up with two Asian-based charities, One Day’s Wages, whose objective is to raise awareness regarding girls education, and the Hug Project in Chiang Mai in northwest Thailand.

He recently asked for prayer for himself and a few others ahead of his latest trip to Asia: “I’m praying for an awesome trip where I expand my perspective/view on the world and find convictions from the Holy Spirit on where and with who [sic] to partner with for my foundation,” he wrote in an email to his supporters.

It seems God answered his prayer.

On June 6, Eugene Cho, a pastor and humanitarian leader for One Day’s Wages, posted a photo of himself and Lin on Instagram. In the photo, the two men are seen walking through one of the red light districts in Bangkok where 10,000 sex workers, many of them children, are exploited on a daily basis. Both of their faces express horror at the circumstances surrounding them.

“We’ve been traveling throughout Thailand this past week and learning the various nuances, challenges and complexities around girls’ empowerment … patriarchy, poverty, trafficking, education, government, law enforcement, and the list goes on,” Cho revealed.

“Earlier this week, we walked through one of the red light districts in Bangkok where on any given night, there are 10,000 sex workers. I’ve been here several times before but it’s still as heavy and painful. Many of these sex workers are from rural areas, the hill tribes, and migrants from neigboring [sic] countries.”

The pastor added, “I’m deeply appreciative of Jeremy and his team for joining me this week. Grateful for the various NGOs that hosted us to share their passion and heartaches. Can’t wait to share more as I make my way back home.”

In his Instagram post, Cho expressed admiration for Lin’s willingness to help a hurting world — despite his successful NBA career and busy training schedule.

“We talked about taking a trip together but I honestly didn’t think his team would follow through,” Cho admitted. “Not that I questioned their heart but his schedule is crazy and he’s constantly training. Add my schedule – even without training. But by God’s grace, it happened.”

As reported , Lin donated his game check from the Boston Celtics game on March 17 to One Day’s Wages , and will do the same this upcoming season.

“Millions of girls across the globe are unable to get the education they need to provide for themselves and their families. This is due to unaffordable school fees, forced child marriage, lack of sanitary products when they reach puberty, and many other barriers. My hope is to shed some light on these issues, and invite you to join me in taking action,” Lin wrote on the One Day’s Wages website.