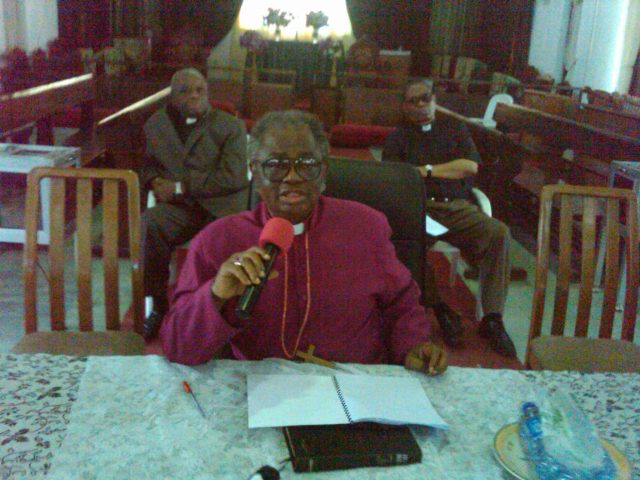 The Bishop of Calabar Diocese of Anglican Communion, Bishop Tunde Adeleye, has said that Nigeria was heading towards irredeemable disaster if restructuring is denied.

He said this while addressing a press conference in Calabar, Cross Rivers State capital.

The influential cleric said; “unless there is restructuring, I fear and dare to say that we will crash. I am not prophesying any doom but at the rate we are going, restructuring is the only viable way out.”

While speaking further, he said; “a situation where people are being oppressed; where those who make the money are being suppressed and not allowed to have a say on the money they make; at this rate, when the centre is heavily loaded with money and the States and the local government are crying for funds, going to Abuja with cap in hands begging, those things will crush us unless we restructure.”

“I believe in true federalism as a system of government which allows the people at the State and local government levels to take of certain decisions by themselves and for themselves. A situation in which Abuja dictates education, dictates health, dictates the police amongst other things will result in a crash.”

Bishop Tunde Adeleye believed that restructuring could address issues of incessant agitations and stop activities of militants and herdsmen, who, he said, bestride farmers’ farmlands, destroying crops and killing the farmers at any slightest provocation.

“Nigerians youths should forgive the old brigade for being the problem of this nation, but the youths should get themselves prepared and positioned. They must make sure they do not learn or copy anything from the old because there is absolutely nothing to learn from them. Youths must avoid the mistakes of yesterday’s men,” he appealed.