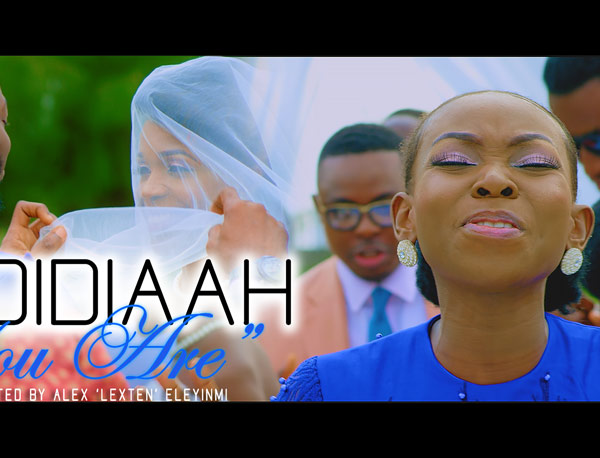 “YOU ARE” is a medley that was birthed in one of the darkest and lowest moments of my life. It’s a song of praise, hope and assurance in the unfailing and unchanging Father that we have. I have prayed and as I am as sure as I am of my very next breath, this song will change your life as it did mine.

Oketola Jedidiah Tiitilayo professionally known as Jedidiaah, is a dynamic gospel minister, whose sole purpose is to lead people into God’s presence through worship and reconcile people back to Jesus through the in-depth teaching of the word.

Over the last 10 years Jedidiah has been in the worship ministry. A Worship Leader with the knack for hosting and nurturing the sweet aroma of the active presence of God in worship. She serves faithfully and leads worship in her local assembly as well as several other places the Lord has led her through invitations.

She started getting songs in a supernatural way that has led to the production of an album titled The Big God in Me, which will be released before the end of the year, her two singles ‘Akirisore’ and ‘You Are’ have gained rave reviews, popular airplay and resulted in amazing testimonies within a short period of time.

Sharing the story behind the song, Jedidiaah said,

“I had almost had a bike accident. I am at my lowest wondering where my life was going. Hoping desperately to hear something; even if it’s just a whisper, telling me which way to go. Then all of a sudden I hear a sound and it triggers a flow of lyrics. Viola!!! A song is birthed.

Another day, I was walking on a pedestrian bridge. It had been a rough day that day; the bridge was so crowded. I had this feeling bubbling out of me; the feeling of worship and adoration. I could not control it. And I found myself singing a new song!! I had never heard the song before in my life. I am sure people walking by were looking at me and wondering if I was normal! Laughs* I was barely aware of my surroundings.”