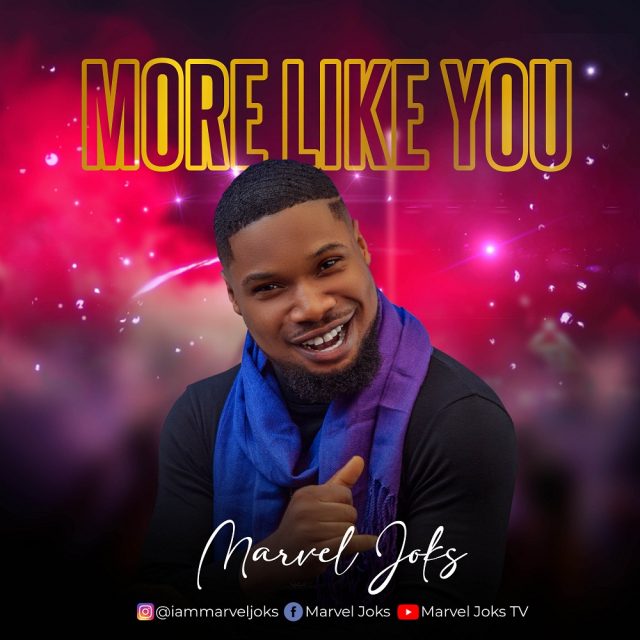 Gospel music minister, Marvel Joks has released a new song titled “More Like You”. The song is a heartfelt supplication to reflect more of the life of Jesus in our lives. The abundant life in Jesus entails that not only do we live a blessed life but also extend our blessedness towards our neighbours so that when they see us, they see Jesus. Marvel Joks in the single expresses this desire putting words to the melody.

Marvel Joks is a songwriter and he was the one wrote some of the popular songs sang in the church such as “Oghene Doh,” “Marvelous God” and more. Having released the “Marvelous God” album, he toured 5 cities in South Africa and was well saturated into the ministry thereafter. He was also the first national music leader of Omega Fire Ministries, serving under the leadership of Apostle Johnson Suleman.

He has ministered alongside Gospel music ministers such as Alvin Slaughter, Asu Ekiye, Frank Edwards, Freke Umoh, Samsong and more.

“More Like You” is a timely message for the body of Christ. It is an encouragement to align with God’s will more than ever in these times.