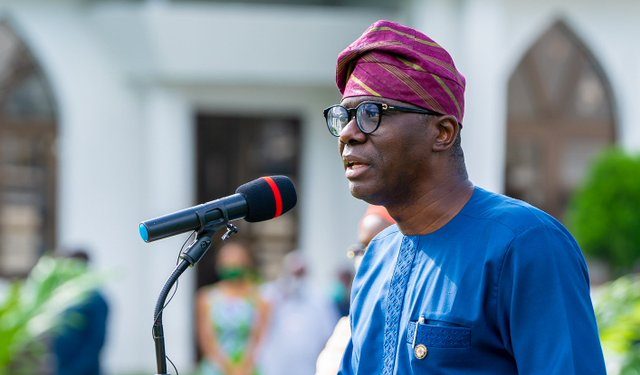 The Lagos State Government has announced the approval of churches and mosques to resume services in full in the state. This exciting news was made public by the Babajide Sanwo-Olu, Lagos State Governor, during a press briefing in Lagos, on Saturday September 19, 2020.

The Lagos State Government has announced the approval of churches and mosques to resume full services in the state. This disclosure was made by the Lagos State Governor, Babajide Sanwo-Olu, during a press briefing on Saturday, September 19, 2020, in Lagos.

According to The Guardian, the governor said mosques can hold their prayers five times daily while churches can also commence weekly services. The Governor however, warns that the safety protocols released by the government must be strictly adhered to by these religious institutions.

The Governor said, ‘We must not forget that the coronavirus pandemic is still very much with us, and we must, therefore, strive to prioritize the safety of all our children, teachers, parents, and the entire society.’

This is an update on the decision earlier on the 7th of August, 2020 by the Lagos State Government where worship centers are only to meet on Fridays (for the Muslims) and Sundays (for the Christians). Some months back, worship centers in Lagos state had been shut since March as part of the preventing measures to contain the spread of COVID-19 pandemic.