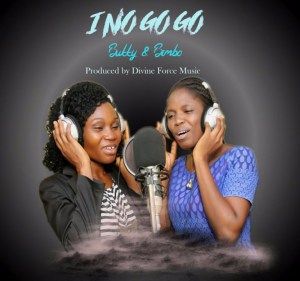 Bukky is a new music artist signed in under the Divine Force Music. Bukky is an anointed, spiritfilled music act and she has just released her first single track titled ” I NO GO GO” featuring Bimbo.

She got her inspiration from the book of Gen 32;26-28, where Jacod Held unto God throughout his Struggles until he was blessed and his Name Changed.