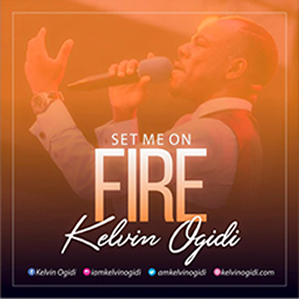 Talking about the new songs, Kelvin Shares; ‘Olocha’ is a song of victory, a revelation of the finished work of Christ on the cross. It is an Idoma word from Benue State of Nigeria which literally means ‘He Broke It’ –  interpreted as the breaking of the curse on the cross by Christ to redeem us.

‘Set Me On Fire’ is a prayer and a burning desire for revival in a world where we have lost the need for God, knowing we are lifeless without Him. We pray to be refreshed daily with a life that is consumed by nothing else but God.”