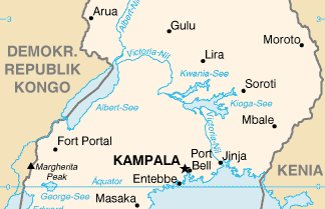 A woman in eastern Uganda who put her faith in Christ has been driven away from home by her husband after he had beaten her for leaving Islam.

Morning Star News reports that 35 year old Sophia Nakisaala, turned to Christ on August 7 after her daughter was healed when a street preacher she had heard in Bulopa village, Kamuli District, prayed for her.

Nakisaala was on her way to Kamuli General Hospital with her ill 5-year-old daughter when she stopped to listen to the evangelist from an area church (undisclosed for security reasons). She later met with the street preacher, who prayed for her daughter.

“My child got healed instantly from high fever, which had caused several convulsions,” Nakisaala told Morning Star News by phone.

“The evangelist shared with me about Issa [Jesus], whom he said to be the healer and Savior. I then decided to accept Him as my Lord and Savior and then returned back home.”

At home she told her husband, Muhammad Lubaale, about the healing of the child. He was initially inquisitive, but she stopped short of telling him about her new faith after he slapped her, she said.

“As I mentioned to my husband that the preacher also prayed for me, his mood changed and he was not able to wait for me to finish the whole story,” she said. “He got angry and slapped me. I kept quiet and did not respond to his interrogation about my new faith in Jesus.”

Word of the healing of their girl and Nakisaala’s subsequent faith in Christ later reached Lubaale.

“My husband arrived home on Aug. 10 and started beating me and injuring me with bruises on my head and right hand, using a stick,” she said. “Neighbors came to my rescue and housed me that very night.”

The following morning, while her husband was away, she gathered up her four children, ages 3, 5, 8 and 11, and went to an area pastor in Tirinyi Sub-County, Kibuku District. The pastor reported the attack to a local council administrator.

The church has sent her to a place of refuge while she recovers, the pastor told Morning Star News by phone.