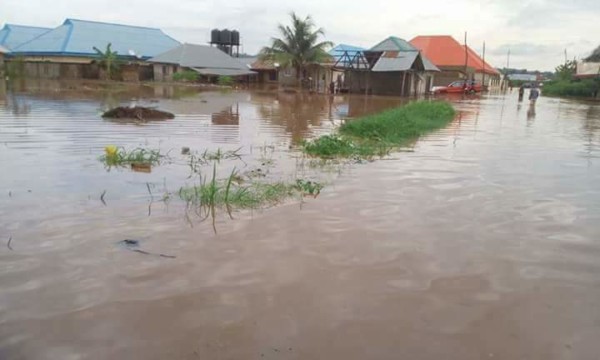 For BATN Foundation , the group donated 200 bags of rice and assorted clothing materials to the IDPs. A representative of the foundation, Abimbola Okoya , said the gesture was to compliment efforts of the state government in providing essential needs to the displaced flood victims.

She added that her foundation would continue to support the state in other areas, especially in agriculture, through its Rice Enterprise Development Project , which started in 2016 . She regretted that 16 out of 40 rice farms under the project in the state were submerged in the flood .

Speaking on why the church must stand by the afflicted , Senior Pastor of Harvesters Christian Centre (HICC), Bolaji Idowu, described it as an investment that would yield bountiful rewards because it is only God that rewards and he blesses us to bless the less privileged around us .

Responding, Governor Samuel Ortom expressed appreciation for the overwhelming show of love since the flood disaster by government agencies, corporate institutions and philanthropists, and gave the assurance that all relief materials donated would be channeled to actual victims.