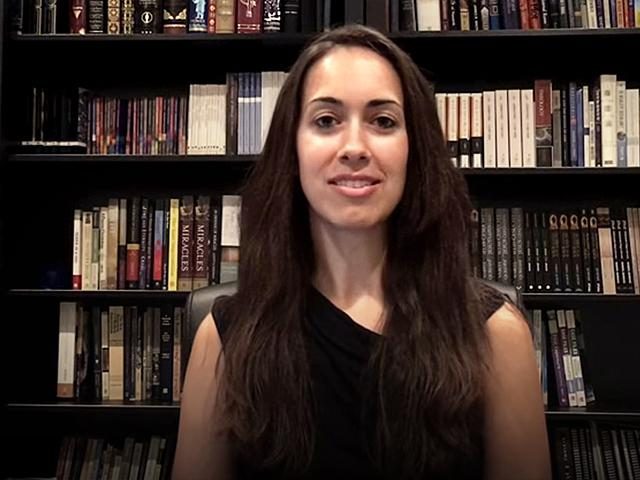 Yesterday, Nabeel Qureshi’s wife, Michelle, posted a YouTube video in which she shares her experiences before, during, and after Nabeel’s death from stomach cancer.

“I really want to say thank you to everyone who has prayed for us this past year…who even prayed for us in all the years prior,” Michelle begins in the video, “A Glorious End.”

Admitting she still struggles with Nabeel’s passing, Michelle says, “Going to God for all of my needs doesn’t mean I don’t have things to wrestle with,

“I said in a video back in May that I had a peace that I believed this would lead to healing. We obviously find ourselves in different circumstances now, and I’m going to have to wrestle with that.”

Michelle even opened up about how she prayed for Nabeel’s resurrection.

Even though Michelle doesn’t know all the answers, she says she still trusts God with her questions.

“There’s a lot I don’t know, but what I do know is that God is big enough to handle our questions and He is compassionate enough to lead us into deeper truths,” she says. “I don’t understand why and I don’t need to.”

Instead of the asking the question, “Why?” Michelle says it is better to ask “What now, Lord?”

“He has a plan and I want to be apart of it,” she says. “Somehow his plan is going to bring much greater glory than the plan I had in mind.”

Michelle’s final message is one about the goodness of God.

“Nothing has changed about God’s character. He’s still sovereign, good, and trustworthy.”

Watch the entire video here, and please keep praying for Michelle and her daughter, Ayah: