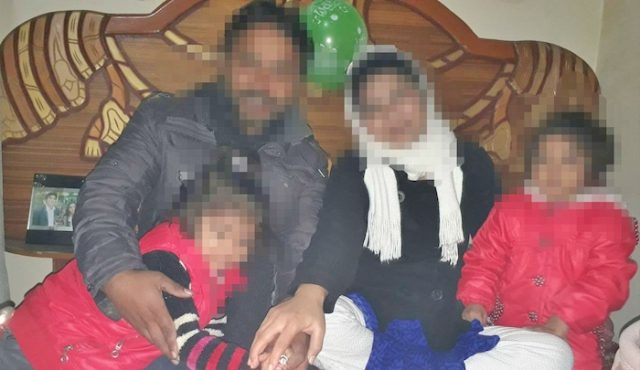 A Christian family faces possible retribution as religious zealots try to hunt them down. In keeping with details, Saima (real name withheld for the sake of security) converted to Christianity back in 1990s and few years after married a Christian man namely Abid Masih. Her conversion brewed indignation; as a result of which Saima’s family threatened to kill Abid Masih.

The threats compelled the Christian convert, her husband to flee and take refuge in an undisclosed location. Meanwhile, Saima’s family started threatening Abid’s parents. Saima’s family warned Abid’s father to bring her back and hand her over to them.

Saima, her husband and their year-old daughter remained in hiding for years. The dejected family was provided with legal assistance by LEAD (Legal Evangelical Association Development). Lead head, Sardar Mushtaq Gill confirmed that after her marriage with Abid, Saima’s family found out about her conversion.

In 2013, Saima’s family initiated a retribution campaign. Advocate Sardar Mushtaq Gill confirmed that vexed relatives of Saima had also threatened other family members of Abid. In 2013, Advocate Sardar Mushtaq Gill confirmed that: “They have also threatened to kidnap her husband’s sisters and kill the couple and other relatives.”

The convert herself is also likely to be killed if she is found. The death penalty for apostasy is part of Islamic law. It’s based on the Qur’an: “They wish you would disbelieve as they disbelieved so you would be alike. So do not take from among them allies until they emigrate for the cause of Allah. But if they turn away, then seize them and kill them wherever you find them and take not from among them any ally or helper.” (Qur’an 4:89)