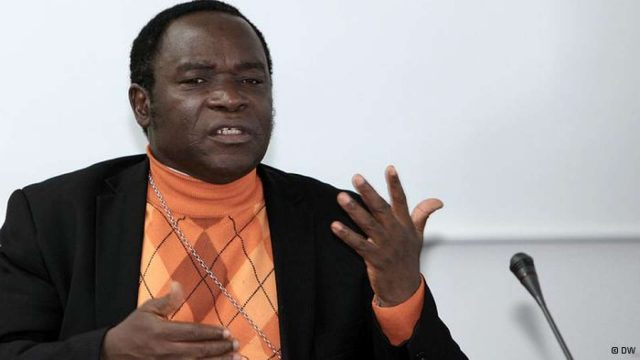 The Bishop of Sokoto, Mathew Hassan Kukah, said the Catholic Church in Nigeria is beginning to lose its public influence partly because of the decline of religious faith in the Western world.

Bishop Kukah accused European and American politicians and diplomats of publicly “pandering” to Islam at the expense of Christianity.

The result, he said, was the ascendancy of Islam and evangelical Christianity in Nigeria and the decline of Catholicism.

He told the Catholic News Service in an October 10 interview in Liverpool that the widespread loss of Christian faith in the West was “absolutely” among the causes of the diminishing influence of the Catholic Church in his own country.

“From my own experience, I find that the British high commissioner, the ambassadors from European countries, the American ambassador — they are pandering more to Islam than to Christianity, because most of them have turned their backs on Christianity,” Bishop Kukah said.

According to him, “The Arab world is pouring money into Nigeria and the Pentecostal pastors in America are doing the same, and the Catholic Church is now becoming the weakest in terms of access to resources.

“For me, as a bishop of the Catholic Church, I can see very clearly that our influence in the public space is gradually reducing, and that is largely because of our capacity to mobilize resources.”

It had become no longer possible, Kukah said, for the bishops to appeal to historically Catholic nations for financial help with church projects.

“We can’t go to the Irish ambassador or the Spanish ambassador and say, ‘This is (needed) for the Catholic Church,’ People are not interested.

“In Ramadan, the ambassadors of Islamic countries are very keen to come to the Muslim celebrations in a way and manner that the Irish or any of these ambassadors are not likely to do for (Christmas) midnight Mass or the Easter celebrations,” Kukah said.

He said that in his experience, most Catholic ambassadors would prefer to be seen publicly at a Muslim celebration than attending a Christian ceremony.