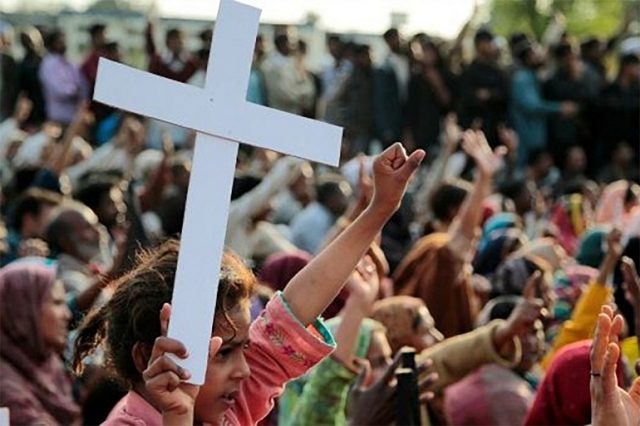 At least 18 incidents of violence against Christians were reported in India during the Christmas season, according to the Religious Liberty Commission (RLC) of the Evangelical Fellowship of India (EFI).

The worst involved a mob of 20 radical Hindus wielding swords, knives, glass bottles, iron rods, and stones who attacked a group of Christians meeting in a home on December 23. The bloody assault sent seven Christians to hospital intensive care, with three undergoing surgery.

Around 20 masked men barged into the Sunday worship service of the New Life Fellowship Church with swords, knives, iron rods, glass bottles, stones and other sharp objects and attacked the congregation meeting at the presbyter’s residence.

“Both the frequency of the attacks and their intensity has increased in the past few years,” said the Rev. Vijayesh Lal, general secretary of the EFI and the national director of the RLC.

“They barged into the worship hall and began to throw big stones and empty beer bottles at the worshippers,” Norenj said.

Pastor Bhimsen Ganpati Chavan, 36, who has been leading the church since its inception 12 years ago, said about 40 people were present at the service when the Hindu extremists arrived.

“As soon as they entered, they began to shoot empty beer bottles and stones at the congregation,” Pastor Chavan said. “As they stepped forward, they attacked us with swords, iron rods and knives mercilessly, men and women alike.”

Of the seven people who were hospitalized, three had serious head injuries. One of the three Christians who underwent surgery, 48-year-old Vittal Jadhav, lost part of his finger to a sword chop. Jadhav also sustained a fracture in his shoulder, and he lost so much blood that doctors had to postpone an MRI needed to decide on surgery.

In all, the injuries of six of the 16 men injured were serious, while two of the 11 injured women received deep cuts on their hands, requiring stitches.

“I have been living here since the year 2000,” Pastor Chavan told Morning Star News. “We have faced some opposition before, but never an attack of this kind.”