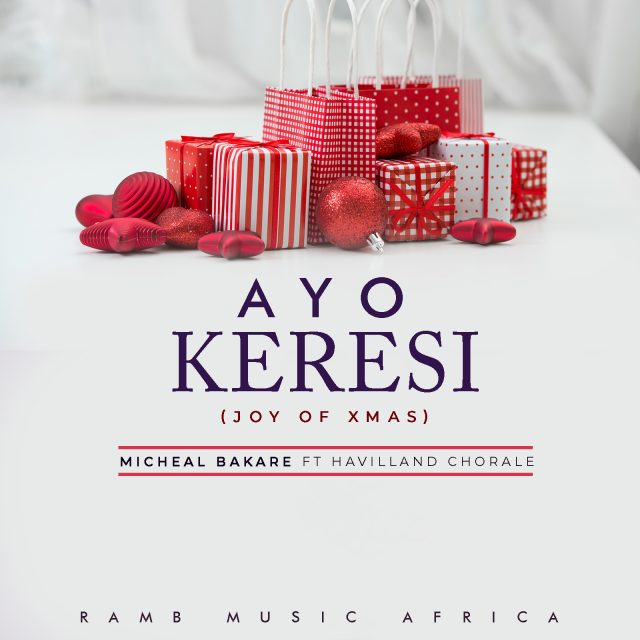 Gospel classical music artist Micheal Bakare has released a new song with an official video for the Christmas season ‘Ayo Keresi’ (The Joy of Christmas).

According to him, “The Nigerian musical elements are quite glaring in my music because I always want my music to be conceptualized in that way, as music written by a modern Nigerian composer. I deliberately make painstaking efforts to infuse a lot of the African church known as the “Aladura church” musical elements into my music. Some of the elements are the rhythmic pattern, tonal organization, parallel harmony, formal structures, instrumental resource, indigenous language, existing church airs, as exemplified in this work Ayo Keresi. Thereby combining European pitch collections, with indigenous tonal schemes such as diatonic, pentatonic, hexatonic, octatonic scales, atonality, as well as the 12-tone row method. Structurally, the form of my music ranges from simple binary, ternary, rondo, theme and variations, sonata form, aria, strophic, through thorough-composed ionic imitation, contrapuntal forms to other freestyles.”