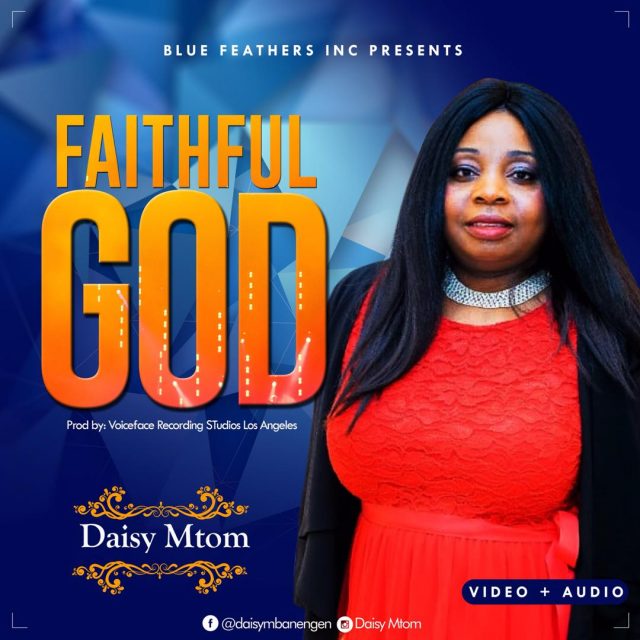 United States of America based gospel minister, Daisy Mtom breaks into the mainstream with her prolific positive weighing masterpiece titled “Faithful God” off her debut album, ‘Faithful God’.
The contemporary song with a visual commendation recounts the timely intervention of the Almighty in every phase of life. Going further, the Nigerian breed offshore a confident heart in the working of God no matter the dart of life.
Visually directed in the United States, the colourful song projects its uniqueness in delivery, hence the ‘Faithful God’ masterpiece.
Daisy Mtom released her debut album back in 2019 which had the same ‘Faithful God’ titled, it also had a grand reception in the US and here prompts free gifting of the hit-track. Download and share. More still on the way!!!
Download, Listen and Share
DOWNLOAD MP3