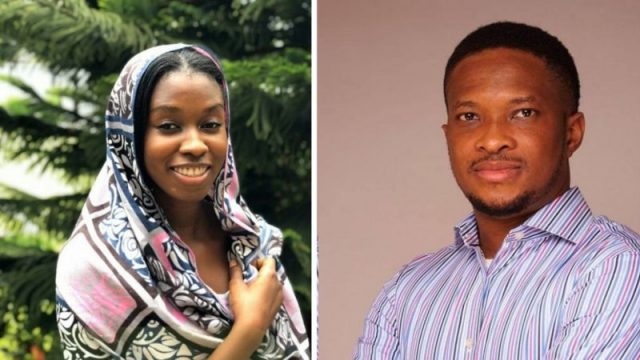 The message broke all over the internet, and it is no longer news that Darasimi Mike-Bamiloye, the one and only daughter of Mike Bamiloye is getting married to the Gospel Artist and Singer, Lawrence Oyor Gombe.

Darasimi Bamiloye, the only daughter and also the last child of Televangelist, Mike and Gloria Bamiloye will be getting married to Lawrence Oyor, a popular Gospel artist and worship leader as well. Oyor is well known for featuring in the hit track, The Train which was the sound track for the Mount Zion Gospel movie, The Train. 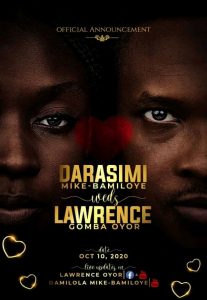 The wedding which will hold on the 10th of October in Ibadan, Oyo state will also be aired online via Damilola Mike Bamiloye Youtube Channel and Lawrence Oyor’s Facebook page and Youtube channel at the same time.