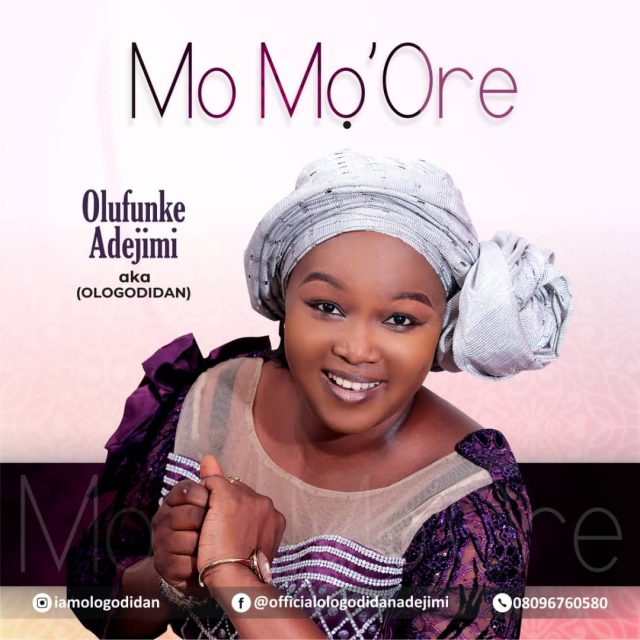 The new release, which is in audio and video expresses a few of the unlimited goodness of God to mankind. Citing instances of man’s attempts fail in some cases and turns out to be God’s way of favor or rescue from a more deadly result.

Olufunke Adejimi, also known by many as Ologo Didan is a graduate of Kaduna Polytechnic, who started her musical career in 2007 and released her debut album in 2015, titled, THE LORD IS MY PORTION. Her recent collaboration project with Juju-gospel maestro, Mega 99 which was titled ‘Ejika’ showcases her depth of music versatility.