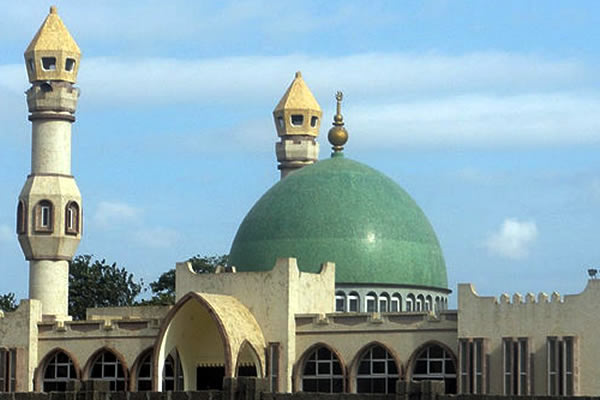 According to PUNCH News. Nigeria

Residents of Assakio Development Area in Lafia, Nasarawa State were thrown into confusion on Saturday following the sudden appearance of a strange cross five feet away from a central mosque in the community. The mysterious sighting attracted a mammoth crowd from Assakio and its environs with many praying for forgiveness and blessings.

It was gathered that A 15 year-old-girl, Hajara Hussaini, said she first sighted the sign of a cross at about 8pm on Wednesday. Hussaini, who said she had been sent on an errand by her parents, explained that when she saw a strange light, she as gripped by fear and rushed back home to alert her mother, Matan Liman.

Confirming the incident to journalists, Matan said she had sent her daughter to visit her grandmother. The middle-aged woman added that her daughter saw the crucifix while returning from the errand.

The Chief Imam of Assakio Central Mosque, Muhammed Iliyasu, who confirmed the incident, told our correspondent that the appearance of the cross within the premises of the mosque was a revelation from God, affirming that “Jesus is also a prophet of God.”

Also confirming the incident to our correspondent, Very Rev. Micheal Dogo of the Evangelical Reform Church of Christ, Assakio, described the appearance of the cross as a sign of reconciliation in the community.

Surprising is the story of an Enugu State native, Grace Eze, who resides in the Ashige area of the community, added that she got healed after visiting the scene of the cross.

She said, “I underwent a surgery about two years ago after which I started to experience a movement in my body. But after praying before the cross, I got healed.”

In this age and time, the Lord still seeks to speak to his people, and He will do so even if it has to be done in the language or way they understand best.