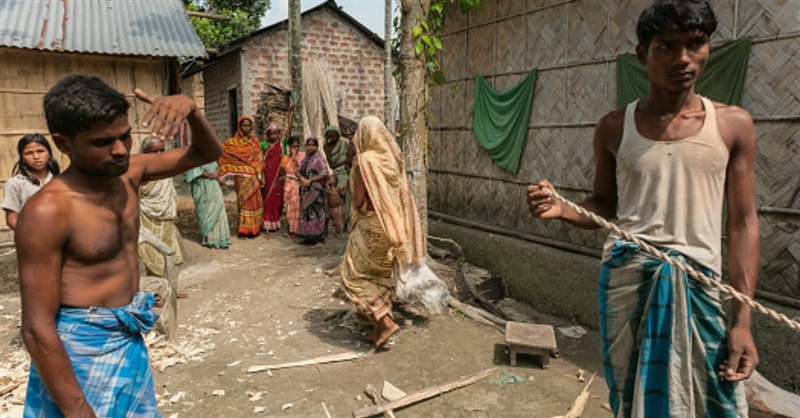 A Christian couple in India was severely punished by being made to stand in frigid water for 17 hours because they refused to deny their Christian faith.

The Christian Post reports that Bartu Urawn and his wife, who both converted to Christianity from their village’s tribal religion, Sarna Dharam, over 10 years ago, were targeted by members of Kubuaa village in the Jharkhand state.

Village members who adhere to Sarna Dharam abducted Urawn and his wife, tied their hands, and forced them to stand neck-deep in the frigid pond water from 5 p.m. through 10 a.m. the next morning. They also forced the couple’s son, Beneswar, to watch his parents endure this torture.

When the couple didn’t die from the freezing water, the villagers reportedly took them out and beat them. Bartu Urawn ultimately died from this beating and being immersed in the water. The Urawn family were also prohibited from giving Bartu a proper funeral.

“I told the villagers that I will bury him in my own personal land, but they stood with wooden sticks to attack if I tried,” Beneswar said. He and four other Christians had to carry his father’s body six miles to bury him on government land.

The Urawns have been persecuted for their faith in various ways ever since converting. Previously, Bartu was forced by villagers to take part in their pagan sacrifice by eating a portion of the sacrificed animal.

Additionally, other Christian converts in the Urawn’s village renounced their faith when faced with persecution.

World Watch List of countries where persecution is most severe. Although the country is officially a democracy, local authorities often overlook persecution of Christians and do not prosecute the perpetrators.

Pray for the persecuted Church.