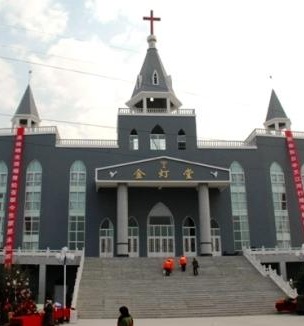 China has commenced the installation of surveillance cameras in churches for “anti-terrorism and security purposes.” This new campaign comes just three years after crosses were ordered removed from the roofs of houses of worship.

The South China Morning Post reports that the Zhejiang government issued the orders to ­churches in Wenzhou late last year and began implementing them before the Lunar New Year ­holiday in January.

“Government officials came to the churches and put up ­cameras by force. Some pastors and worshippers who didn’t agree to the move were dragged away,” a Christian in Wenzhou said, without specifying when the conflict occurred.

China Aid reports that “At the beginning of March, authorities in Zhejiang demanded that Three-Self Churches install surveillance cameras and have been dispatching officials to forcibly set up the devices if the order meets with refusal.”

“They also said they would take into account whether or not the church had previously resisted cross demolitions during a province-wide campaign and would send more agents to the site if it had.”

On March 23, Shengai Church in Pingyang County, Wenzhou, issued a statement accusing the government of violating the privacy, disrupting the internal affairs of religious organizations, and breaking laws by installing the cameras. The church claimed the government had no legal basis for these actions, saying that it needs to obtain the permission of the church or would otherwise result in an abuse of power and religious freedom.