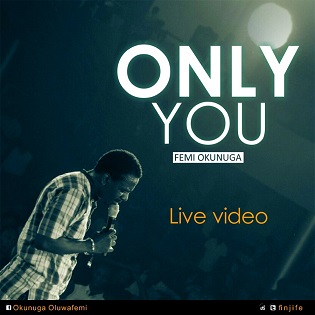 Femi Okunuga releases the live video for his single ‘Only You‘, a song that has been on the lips of many worshipers since its release on the 3rd of December, 2015. The video was recorded at live the Ultima Studios during the “Friends of Worship” Maiden Edition in 2016.

He is also the convener of “The Reconciliation” Annual Worship Programme, this armed with the purpose of Reconciling souls to Christ and rekindling the fire in them. The Reconciliation has been on for 5 years and counting.