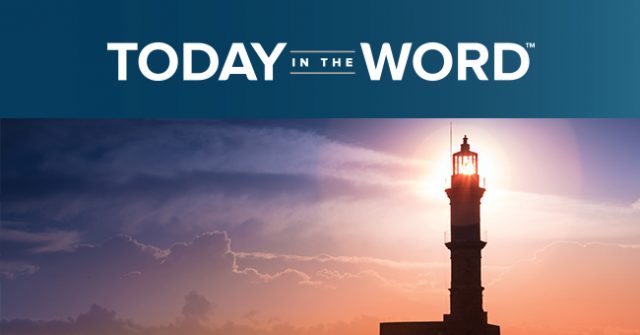 The Gospel is Light and Truth

Archaeologists recently found evidence for a missing chapter in church history. They unearthed seven Christian gravestones, one dating to A.D. 1162, near Ilyn Balik, Kazakhstan, an ancient city on the Silk Road trade route. This proves that the gospel reached central Asia centuries earlier than had been previously verified. One of the archaeologists said, “This is fundamental to local believers. Kazakhstan had its history suppressed in the Soviet period. After independence, they began to rediscover who they were.”

The gospel is light and truth to all who believe. Following Jesus’ conversation with Nicodemus about being “born again” (3:1–15), John explained and summarized the gospel message (vv. 16–18). God loved the world so much that He sent His only Son to pay the just penalty for our sins. Those who respond to this gift in faith receive eternal life instead of the death they deserve. God would have every right to condemn sinners, but instead He sent Christ to save us. Only those who refuse to believe stand condemned.

God sent light, His Son, into our darkness. One would think that would be cause for rejoicing, but in fact different people respond differently. Many are afraid and hate the light, preferring to continue in sin and proudly hoping to hide their evil deeds. Others step forward in faith into the light’s love and truth, living by it “in the sight of God,” that is, with His help or in His strength (vv. 19–21).

To believe simply means to see and choose light. To reject God’s salvation is like closing one’s eyes and trying to shut out the light. The light is not affected by this self-chosen blindness, but darkness will be that person’s eternal destiny.

“For God, who said, ‘Let light shine out of darkness,’ made his light shine in our hearts to give us the light of the knowledge of God’s glory displayed in the face of Christ” (2 Cor. 4:6). The Dictionary of Biblical Imagery says, “Here is the link between creation and the new creation . . . between the physical reality and the spiritual symbol.”