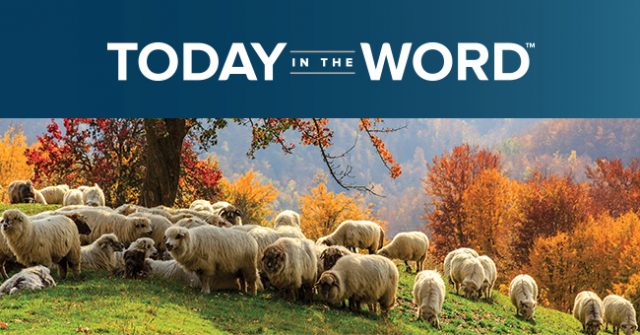 Loved to the End

In 2015, The New York Times published a report about the rampant abuses in the nail-salon industry. “The Price of Nice Nails” documented how many women who spoke little English were forced to work long hours in dangerous conditions for extremely low wages. Behind the scenes at some glitzy salons, women were treated as little better than indentured servants to unscrupulous owners.

In Jesus’ day, caring for the feet of guests was an important act of hospitality, but it was usually performed by a low-ranking servant—not the master of the house! No wonder the disciples were embarrassed when Jesus knelt before them to wash their feet. He was violating their understanding of social protocol.

Simon Peter, who was going to publicly deny Jesus in the near future (v. 38), was horrified at the idea of the Lord washing his feet: “No . . . you shall never wash my feet” (v. 8). Peter thought he was honoring Jesus, but really he was defying Him. Jesus gently insisted that He must wash Peter’s feet, not because they were dirty but because Peter needed to allow Jesus to know and love him completely.

Jesus washed the disciples’ feet to show them their need for spiritual cleansing and to demonstrate His new social protocol (v. 14). In contrast to the Pharisees who wanted public honor, being a follower of Jesus means having a willingness to serve others. What Jesus had done in loving and serving each of them, they were now to do for one another.

We are called to love and serve one another, just as Christ has loved us. Consider how you can perform an act of service for someone. Maybe a mother of young children needs a few hours of childcare, or an older neighbor would enjoy a chat over coffee. Perform this act of love with a prayer that God will bless this person through you.