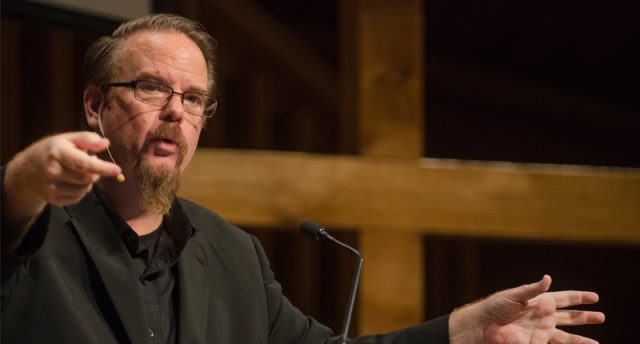 In an article on Christianity Today, Ed responds to the claim by a ‘Christian numerologist,’ David Meade, that the world will end on September 23, 2017 following expected collision of a planet with earth.

He countines, “Every time end-of-the-world predictions resurface in the media, it is important that we ask ourselves, “Is this helpful? Is peddling these falsehoods a good way to contribute to meaningful, helpful discussions about the end times?”

“Of course, the answer to this is no, they most definitely do not.

“To be fair, all it takes is a quick Google search to see that Fox News isn’t the only media outlet making these unfounded claims. Fake news—fed to an often unsuspecting public by a careless media—is alive and well in our world today. Stories like these are an embarrassment to Christians and the faith convictions we take so seriously. Moreover, they are a distortion of God’s word and deserve to be exposed for the fabrications that they are.

So, I let it be until it started showing up on my social media feeds (citing the Fox News article).”

Ed makes three points on why this is indeed fake news.

First, there is no such thing as a legitimate Christian numerologist, he writes.

“Sure, the writers of Scripture do, indeed, use numbers to point to a few things—that’s first-year seminary. But it stops at first-year seminary because there are not secret numerical codes that require a profession called “Christian numerology.””

Second, while it is true that numbers do have significance in the biblical narrative, making these kinds of broad sweeping predictions about the end of the world simply doesn’t makes sense.

Thirdly, as Christians, Ed suggests we need to do a better job of promoting a culture of discernment in our churches and communities.

“It’s simply fake news that a lot of Christians believe the world will end on September 23. Yet, it is still a reminder that we need to think critically about all news,” he says.

“There’s no such thing as a Christian numerologist. You basically got a made-up expert in a made-up field talking about a made-up event.… It sort of justifies that there’s a special secret number codes in the Bible that nobody believes.

“We do believe some odd things. That Jesus is coming back, that he will set things right in the world, and no one knows the day or the hour,” Ed Stetzer concludes.