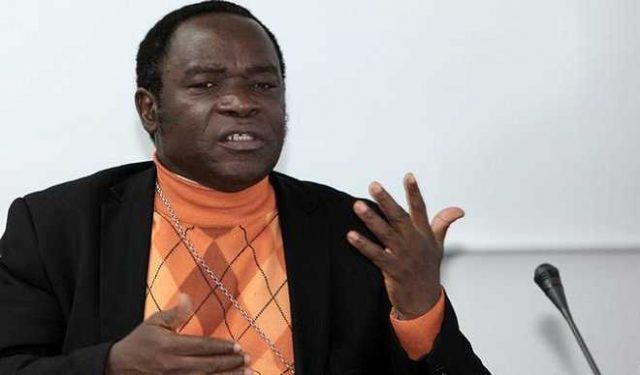 Bishop of the Catholic Diocese of Sokoto, Matthew Hassan Kukah, and Pat Utomi, a development economist on Monday took a hard look at the current agitation for restructuring, saying that though they are good, they cannot solve Nigeria’s problems.

Utomi and Kukah, who spoke at the annual Independence Lecture Series of the Covenant Christian Centre titled, ‘The Platform Nigeria’, which held in Lagos, recognised the right of the people to freedom of expression, but warned the citizens to be careful while expressing such, so as not to ignite a national conflagration, which would do no one any good.

Utomi, who spoke on ‘Restructuring: The Lottery Effect and Tragedy of the Commons, Reasons for a New Order,’ stressed that in the call for restructuring, many people have been saying different things with great passion, even as he stressed that restructuring, though necessary, would not guarantee good governance.

He maintained that it was no longer a secret that the nation’s problems were due to leadership failure, which had made the Nigerian project not to work, but he added that the nation could be propelled to work for the betterment of the people.

“Right now, there is a Tower of Babel that is unfolding. People feel they are being shortchanged. People do not want to lose what they are gaining. There are sways of positions. But, part of the challenge is that the Nigerian state grew from a fusion or aggregation, rather than aggression”, Utomi stated.

On his part, Bishop Kukah who spoke on ‘Weakness of Power,’ while noting the incurable optimism among Nigerians, maintained that the citizens had not learnt to put their acts together, even as he urged them to make up their minds to develop good attitudes to promote good governance and peaceful coexistence.

He said that although the country was facing challenges and Nigerians not satisfied with the situation of things, there was need for positive change of attitude, peace, unity and good governance which were necessary for the nation’s development.

Kukah, who recognised people’s right to express themselves, cautioned that anger, hatred and violence cannot solve challenges, but would rather set the nation on war path.

He said: “For the first time, every Nigerian is angry at the same time. But, freedom of speech cannot be subscribed. Democracy is about managing difficulties. Anybody who wants to manage Nigerians, must cope with the people’s anger.

“Nigerians have reasons to be angry. But, they should remember that a lot of people have sacrificed their lives for the country.”

Kukah, who called for prayers for the country to attract divine intervention, appealed to Nigerians to be patriotic, and love one another irrespective of their ethnic, religious and political leanings.