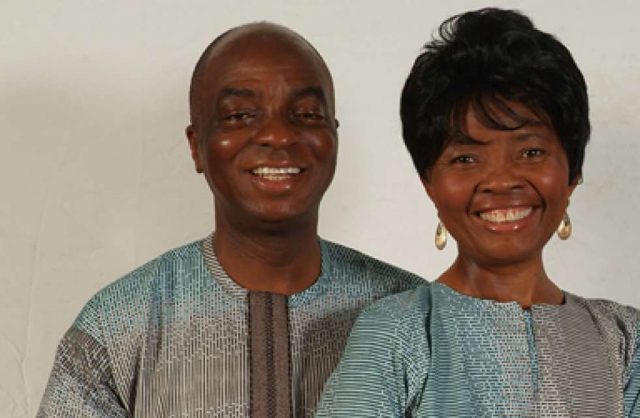 It was praise, worship and thanksgiving to God on Friday at Canaanland, Otta, Ogun State, the headquarters of the Living Faith Church Worldwide, popularly known as Winners Chapel.

The leadership and members of the church came out in large number to thank God for averting a plane crash that would have involved the Presiding Bishop of the Church, Bishop David Oyedepo, and his wife, Faith. It was the third time Bishop Oyedepo would be involved in near air mishap.

Narrating how this third and most recent accident happened, a pastor in the church, Adebisi, read the report of the incident on the aircraft, which had Captain Samuel Adegoga in charge.

The report said, “The main malfunction we had in the Cyprus-Israel flight was a stabilizer twin-motor failure. During the said flight that we had the twin motor failure, the auto-pilot could no longer exert the desired pressure to keep the aircraft in the required altitude for stability flight.

“The captain disconnected the auto-pilot, took and returned the aircraft to the required altitude for that phase of the flight. Because the aircraft was out of trim during this takeover, the aircraft abruptly pitched off with much pitch force.

“The captain counteracted it with a pitch down force. These counter forces caused turbulence and movement in the cabin and cargo hold. Heavy items in the cargo section fell from their compartment, making a loud noise.

“We thank the God of this commission for making the pilot to react promptly. Similar failures in the past have resulted in fatal accidents due to lateness of pilot’s reaction.”

However, while the pilot saw the incident as mechanical malfunctioning, Bishop Oyedepo said the averted air disaster was a spiritual attack.

He went on to explain that a few days before he embarked on the journey, his “father in the Lord” and the General Overseer of the Redeemed Christian Church of God, Pastor Enoch Adeboye, had had a revelation about the incident and came over to his house unannounced to pray for him.

Bishop Oyedepo said, “According to the word of God, before the great and dreadful day of the Lord will hit the earth, there will be a restoration of sonship and fatherhood to the body of Christ.

“On Friday preceding the journey that we made, my father in the Lord showed up at 6:30 early in the morning and saw a vision and wasn’t sleeping, and said: ‘Lord, Lord, why seek the living among the dead? No, no…’ So, he took off and landed here before 6:30am. No, there was no idea that he was coming, and there was no discussion after it. The heart of the father will be drawn to the heart of the son to defend.

“Understand what I’m saying. You don’t have inheritance in a pastor; you don’t have in a teacher. Many of us have teachers all our lives. Did they share anything with you when they died? Did any teacher write your name in his will? You only have an inheritance with a father. A good man leaves an inheritance for his children to inherit. Fatherhood is not an accolade, it is a revelation. So, that was not technical failure, it was a spiritual attack that Jesus averted.

“Daddy G.O said ‘God told him to go and pray for Bishop.’”

Pastor Isaac further said the message was so urgent that Daddy G.O. came without Mummy G.O. (his wife). It was that urgent. So Daddy G.O. was just entering everywhere and praying.

He added, “On Friday of the same week, Bishop, his wife and three other keys members are on their way to Israel, when suddenly, I mean suddenly, the auto pilot failed in the air but the Everlasting Arms showed up, miraculously brought them down, no scratch.”

Among the gospel musicians who ministered at the special thanksgiving service were Evangelist Bola Are, Evangelist Bayo Adelakun and his Ayewa group .