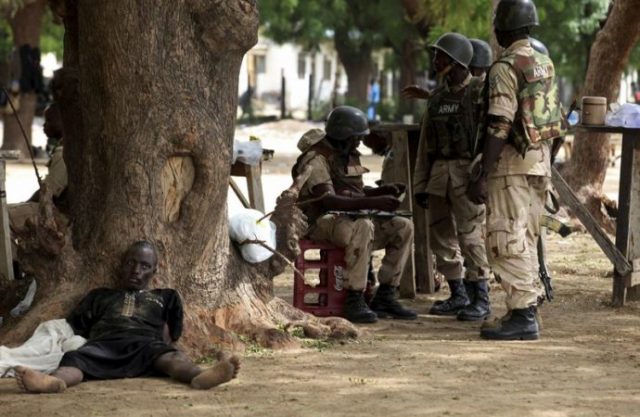 Bishop Kukah, the Roman Catholic Diocese of Sokoto, Nigeria, underscored the need for Christians to take the lead in forcing authorities to use their government budgets to educate the young people, saying this is the best way of keeping terrorists at bay.

“It’s okay for us to pray, but I don’t think that prayer is what is going to get us out of Boko Haram,” the bishop said in a conversation with Premier, a UK-based Christian media organization.

Boko Haram is based in northeastern Nigeria, and began its violent campaign to establish an Islamic Caliphate in the region in 2009. Originally claiming an affiliation to Al Qaeda, it pledged allegiance to the Islamic State group in 2015. It has killed tens of thousands of people, and driven millions of others to leave their home, in Nigeria and neighbors Chad, Niger, and Cameroon.

Boko Haram was designated a terrorist organization by the United States in 2013.

“Prayer is important, but there are no budgets for prayers. There are huge budgets for education, for security, and I think we as Christians must not retreat into the sanctuary to pray. We should be able to go out there and engage our people, engage those who are collecting huge sums of money on our behalf and doing almost nothing,” he said.

Kukah warned that Boko Haram will continue to recruit young people so long as efforts aren’t made to educate the youth.

The bishop said he worries that the ministry for education in Nigeria is under the influence of Muslims in the government, who are less concerned about general education than Christians.

He said it was a tragedy that resources meant for schools are given to state governors who are able “do as they wish in the area of education.”

Kukah said this means “tons of money” budgeted for schooling aren’t used for that purpose, especially in the Muslim-dominated northern parts of Nigeria.

He expressed concerns that Boko Haram will continue to fester as long as millions of young Nigerians continue to roam the streets, not going to school, and not having the skills to get a job.