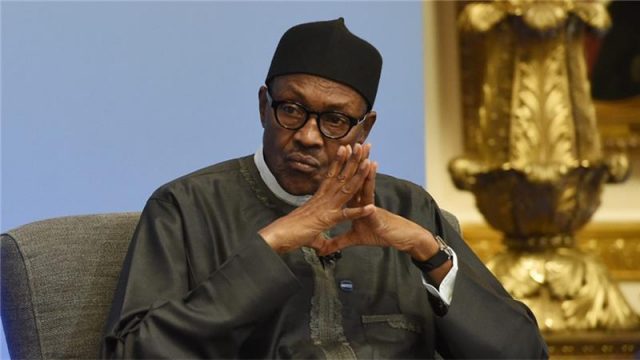 The Bishop of the Anglican Diocese of Afikpo, Ebonyi State, Rt. Rev. Paul Udeogu, on Saturday said President Muhammadu Buhari’s unfavorable style of leadership has left many Nigerians in anguish.

Bishop Udeogu revealed this in Uburu community, Ohaozara Local Government Area of Ebonyi State during the ongoing 2nd Session of the 4th synod of the Anglican Diocese of Afikpo.

He lamented that the nation’s economy was in comatose while hatred, unemployment, nepotism and injustice had become the order of the day.

The cleric, however, cautioned the president that history would never forgive him if the country disintegrates under his watch owing to his lopsided style of leadership which tends to favor a section of the country.

According to him, Buhari was yet to bring the change he promised Nigerians while canvassing for votes from the people.

The Bishop, therefore, called on President Buhari to address all the problems confronting the nation and unite the country before the 2019 general election.

“Let our president cause righteousness, equity and justice to flow like rivers of water in our country. Agitations will continue as far as we continue to witness lopsided appointments, maltreatment of the Igbo as if they are not Nigerians simply because they did not vote for the president in 2015 general election,” said Udeogu.

Bishop Udeogu berated the federal government for designating IPOB as a terrorist organization, pointing out that the president was unfair to the agitators.

He reasoned that instead of using the military to suppress the agitators, it would be better for the federal government to dialogue with them for lasting peace to reign.

“In as much as we may not completely agree with the methods of IPOB agitation, but to designate IPOB as a terrorist group like Boko Haram is unfair, unfortunate, discriminating and appalling.

“Fulani Herdsmen/militants have attacked a lot of communities in the South West, Middle Belt and South Eastern part of the country killing several people including pregnant women and children.

“For example, in April 2016, they murdered more than 100 farmers in Ukpabi Nimbo in Enugu state. In Benue State, they also killed about 500 farmers in Agatu. None of these Fulani herdsmen or militants was arrested and no operation Python Dance was launched against these”, he said.

The cleric commended the South East Governors for their concerns to restore peace in the area even as he urged them to do more for their people.

“It is not enough to proscribe IPOB, the Igbo people want to see a responsible, patriotic, selfless and exemplary leadership. Instead of quarrelling, our Governors and leaders should be united and champion a common course for the South East,” Bishop Udeogu said.