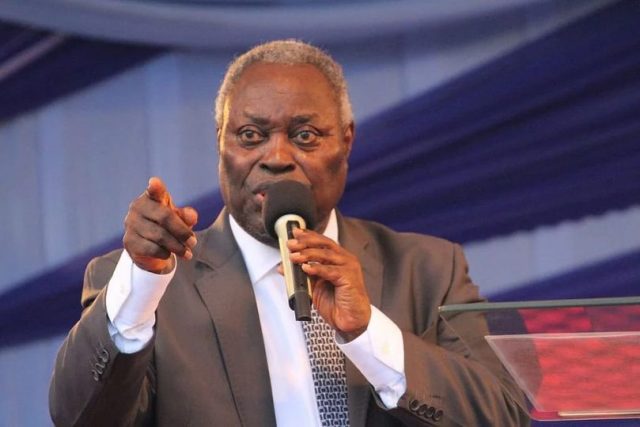 “I am a Deeper Life member who is now a born-again Christian. I have done terrible things by impersonating other people by helping them to write their examinations. The Bible requires us to seek restitution and that is why I am approaching you to seek forgiveness. I am aware now that what I did was wrong and plead that you forgive me. I am on my knees and I hope my request will be granted.”
The above paragraph were the contents of a letter written by a student of the University of Port Harcourt (UNIPORT) to WAEC in year 2000. His name has been keep secret by WAEC for privacy reasons. However, a note was scribbled on the edge of the letter by an official who treated the strange request. The note reads:
“He must provide the names and examination numbers of candidates involved and the years of the examination before he can be pardoned”.
That was the last WAEC heard of that UNIPORT student. An official said he never came back after he was given that directive.
Interestingly, such restitution cases, where born again Christians return their certificates gotten through cheating, have become highly celebrated by religious folks in Nigeria. Between April and November 2003, WAEC recorded 256 restitution cases.
Restitution is listed Number 6 among the doctrinal beliefs of Deeper Life Bible Church. They believe and teach that upon salvation, a person MUST recompense everything to everyone he has defrauded in the past. They teach that believers must seek pardon from people whom they’ve offended in times past, up till the point of salvation, no matter how terrible their actions were. They allude to ZACCHAEUS as a model for this religious deed.

For those who may not have heard/read about Zacchaeus, let me give a brief summary of his story as recorded by Luke in the bible. Zacchaeus was a corrupt tax collector who lived in Jericho. Interestingly, his name means “pure one” or “innocent” in Hebrew, but of course, his deeds betrayed his name. It is believed that under the Roman system, men strived to get to those positions, promising to generate more revenue for the government. Selfish interest was the underlying tone in most cases. Anything they added to the usual amount was their personal profit. Luke records that Zacchaeus was a wealthy man, so he must have extorted a great deal from the people and encouraged his subordinates to do so as well.

Although he had a giant bank balance, he was small in physical stature. He had to climb a tree to catch a view of Jesus passing by. Much to his astonishment, the Lord called him by name, telling him to come down from the tree. On the same day, Jesus went home with Zacchaeus. His joy knew no bounds. Moved by Jesus’ love, this notorious sinner committed his life to Christ and was never the same again. His curiosity led him to Jesus Christ and salvation.
Of course, there were grumblings and murmurings among the religious self-righteous folks in the town. They never expected that Jesus would associate himself with such a much-hated wicked man. Meanwhile, Zacchaeus stood there and said something to Jesus, which really showed how repentant he was. He said: “I will give half my wealth to the poor, Lord, and if I have overcharged people on their taxes, I will give them back four times as much!”
Wow! That’s beautiful. Yes. I love that, too. What a noble act! I hold nothing against that. However, I have issues with Deeper Life making this a doctrine, as it was neither taught nor requested by Christ or any of his apostles. It was simply a descriptive account, and not a prescriptive one. Nowhere else in the New Testament did sinners make restitution upon salvation. Zacchaeus must have been well taught in the law. The Mosaic law required that restitution be made when a person acts wrongly to another person. But it was never taught to new covenant believers. If we decide to imply that Zacchaeus’ act must be a standard requirement for all believers, just as Deeper Life Bible Church teaches, then I’m afraid we have turned salvation to a matter of works and not grace through faith.

For argument sake, let me pretend to agree with Deeper Life Bible Church that Zacchaeus and his restitution are patterns that believers must follow. Just by pretence. I will use the rest of this article to compare Zacchaeus to Deeper Life Members and Pastor W.F. Kumuyi. It is no longer news that Deeper Life members are required to make restitution immediately they’re confirmed to have “given their lives to Christ”. I will take the unnamed UNIPORT student above as an example. Let’s call him “Bobo”.

Zacchaeus presented himself openly and admitted that he had defrauded people. Bobo sent a letter to WAEC and did not present himself. Zacchaeus made himself accountable and followed through till the end. Bobo’s pardon was not granted because he refused to follow through and present the names and exam numbers of the candidates that he helped. Partial restitution is zero restitution, says the law. A restitution that doesn’t attract pardon is no restitution. Sadly, Bobo would have informed his Deeper Life pastors that he had made restitution, and they would have in turn assured him of his salvation. That is full-blown deceit. Whoever would act according to the law of God must fulfil all of its requirements. Bobo going on his knees in a letter is not enough. Going on his knees physically is not enough either. His pastors should have instructed him to reach out to the folks he helped and return their monies to them, also presenting their names and exam numbers to WAEC. If Bobo thinks he has pulled a Zacchaeus-stunt, he’s in self-deceit.
Recently, Pastor W.F Kumuyi, General Overseer of Deeper Life Bible Church went viral in the news again. While addressing members of the commission, he “vowed” to return the tithes paid by sinful members of the church. He said:
“If you are a sinner here, God does not need your money. All the money you are giving in this church does not get to God. You are just wasting your money. As a matter of fact if I know the numbers of sinners here and how much they gave as tithes and offering I will remove it and give it back to them. God does not need it and the church does not need it.”
Yes, that’s another noble act. I believe that Pastor Kumuyi can take cues from Zacchaeus to achieve this great project. To start with, Pastor Kumuyi must admit that he had involved himself in some tithing frauds, even if they were done in ignorance. One, accepting tithes from anyone is a fraud, as he does not belong to the Levitical priesthood. He does not qualify for that in any way. His lifestyle contradicts that of the Levites who have the right to receive tithes. Two, Instructing believers to pay tithes is another fraud, as they’re not under the law that empowers the tithing system. There is no single verse that instructs new covenant believers to pay tithes. Three, accepting tithes from sinners is worst of all. It shows that pastors are more interested in their monies than winning their souls. Worse are the promises of divine financial security and prosperity that they make to these sinful tithe payers all because of their tithes. I can’t find a better way to describe this fraud.
The next Zacchaeus-like step for Pastor Kumuyi, after admitting the three aforementioned frauds, is to develop a system of accountability. Zacchaeus was organized and had record-keeping acumen. Apart from giving half of his wealth to sinners, he repaid those he had defrauded in four folds. That highlights his accountability. I suggest that Pastor Kumuyi should develop a structure that can make this thing easier. He should create an online portal where members all over the globe can fill in their details. The most important details will be the following:
The portal should be automated such that it calculates the number of months and sum up all the tithes paid by the sinful members from the date they joined up till the date they got saved, and pay them back their monies into their bank accounts. Those who tick “I am not saved” under the “Date of Salvation” category should be repaid their tithes fully. That’s a noble thing to do.
I’ve foreseen possible problems with this system. For example, members and non-members of the church may see this as an opportunity to fraudulently make money for themselves. There’s a solution to that. The church should keep praying for their salvation and keep evangelizing since there is an assurance that these people will restitute back to the church once their souls are saved. We can as well leave them to God, who is the Great Rewarder of everyone. He will surely bless His church to overcome the fraudulent acts of these people. This problem is not as great as the noble act of restoring the tithes that were inappropriately received in times past to the tithers. Dead members can be overlooked, I believe… Or if there’s a way their next-of-kins can stand for them, such should be permitted. Trust me, Pastor Kumuyi will be glad to have achieved this project through this structure that will make it much more easier.
This is my position: Pastor Kumuyi’s vow is commendable. I love fairness. I love it when people admit that an improper thing needs to be stopped and corrected. I also believe that he should uphold his integrity and follow through, just like his model — Zacchaeus. He should make sure the vow is achieved. It’s possible he finds a better structure than I have suggested, but the goal must be reached. This is my position.
Apparently, Zacchaeus is better by far than the UNIPORT student aforementioned. And if Pastor Kumuyi doesn’t follow through with his restitution, Zacchaeus is better than him — by far.
As far as restitution is concerned, Zacchaeus is better by far, despite never stepping his feet on the soil of University of Ilorin.