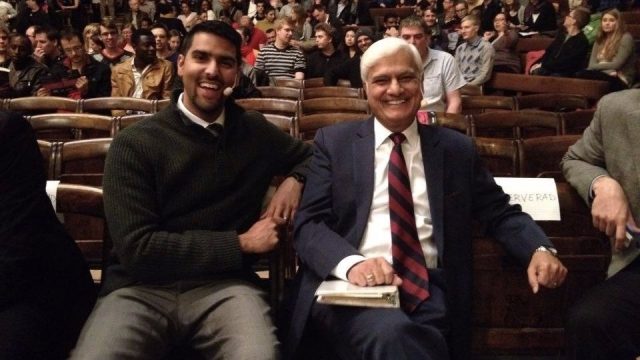 At his memorial service Thursday, Nabeel Qureshi was remembered for his unusual passion for Christ and the significant evangelistic impact he made before he died last Saturday at 34.

Hundreds gathered at Houston’s First Baptist Church and thousands more online to honor Qureshi, whose life and ministry was cut short after a year battle with stomach cancer.

The young speaker and author of two New York Bestsellers, was eulogized by his mentor, Ravi Zacharias, who compared him to the apostle Paul.

Zacharias described him as “a man of incredible, undying energy,” stating that it was a privilege to cover the globe with Nabeel Qureshi, sharing the Gospel with thousands.

Taking his text from 1 Corinthians 15 (where Jesus appears to Paul, one “abnormally born”), Zacharias likened Nabeel’s conversion to Paul’s.

He went on to list fellow Christian men who died in their 20s and 30s, including singer Keith Green, Scottish minister Robert Murray M’Cheyne, and theologian Blaise Pascal.

“I love you Nabeel and I miss you,” Zacharias concluded.