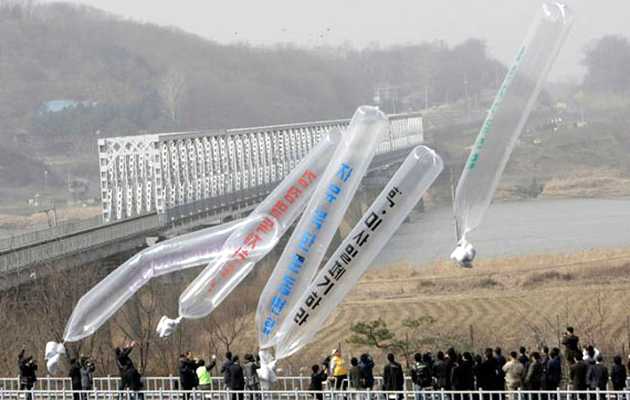 Jung Kwang-il, founder of the group No Chain, said he and other activists filled 350 balloons with the data storage device carrying portions of the Bible.

Jung, who has said he was sentenced to three years in a North Korean prison camp for a crime he did not commit, said the balloons were launched on Sunday, in an area of South Korea’s Gyeonggi Province close to the border.

“We confirmed by GPS all balloons dropped in the Mount Kumgang area,” Jung said.

The Kumgang area is located on North Korea’s side of Kangwon Province, and was a popular tourist destination for South Koreans until North Korean guards shot and killed a South Korean woman in 2008, after she had wandered into a military area.

Jung, who is now based in Seoul, said the launch marks the 10th time his group has flown balloons across the demilitarized zone since June.

“This launch is the last one for the year,” Jung said. “Because the direction of the wind is due to change.”