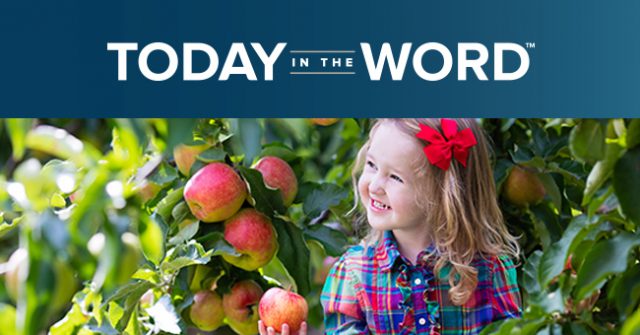 With repetition, even the most remarkable experiences can become routine—and then even repellent. Children flying on an airplane for the first time gaze wide-eyed about the cabin and stare intently out the window as the houses, cars, and people on the ground shrink to the size of insects. Adults flying for the one hundred and first time often trudge to their seats as if bearing a heavy burden and commonly complain about the aggravation of air travel. No longer perceiving the marvel of flight, it becomes for them an object of contempt.

In much the same way, the book of Numbers records the Israelites’ growing contempt for God’s miraculous provision of manna. They began to murmur against God and against Moses, complaining that they “never see anything but this manna” (v. 6). Despite its heavenly origins, described by the psalmist as “the bread of angels,” manna lost its appeal for the Israelites, and soon they proclaimed that they “detest” it (see Num. 21:5).

Not only do they despise God’s gift, but their spite also warps their perception to the point that they wrongly describe the Egyptian food that they would prefer as having been given to them “at no cost” (v. 5). In fact, such food was given to them only because they were slaves and thus came at the cost of their freedom. Slavery, it would seem, had become more appealing to them than another meal of manna.

In the form of manna, God’s power of salvation became something that human beings could taste. Numbers even offers a rather vivid description of manna’s flavor, likening it to coriander (v. 7) and cakes baked with oil (v. 8). And yet the Israelites lost their taste for the gifts God had given.