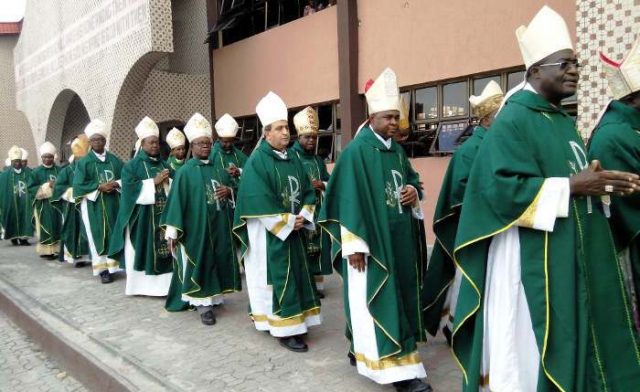 Catholic Bishops in Nigeria have sought the face of God through prayers to ensure that the North and South are united.

The prayers for peace and the reconsecration were specifically dedicated to God’s intervention for the North and South to see themselves as one and for the unity of the country.

“Muslims and Christians will live as brothers and sisters and ethnic groups will live in harmony harmony,” the Catholic Bishops Conference of Nigeria said.

The Catholic Bishops called for the re-dedication of the country to God to allow for a nation where everyone will live as united people.

Most Rev. Ignatius Kaigama, the President of CBCN and Archbishop of Jos, unveiled the agenda of the bishops when he led a delegation of Archbishops and Bishops on a courtesy visit to the Edo State Governor, Godwin Obaseki, in Benin last Thursday.

Kaigama said the bishops were in Edo State to mark the centenary of Lady Fatima’s Apparition, stating that he catholic clergy would use the opportunity to seek God’s intervention for the country and pray for leaders in positions of authority.

Kaigama said, “We will always engage in good works, supporting it with prayers in order to excel.”

On his part, Obaseki commended the church for its pivotal role of reconciliation and stabilising the society.

He also expressed delight that the state was hosting another religious conference as the Pentecostal Fellowship of Nigeria had held theirs earlier in the year.