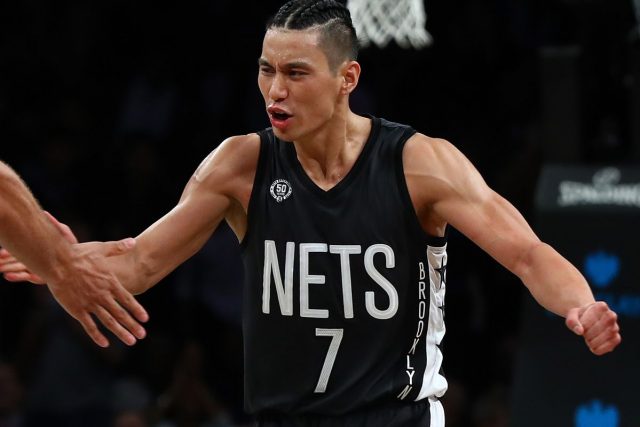 As politics and sports continue to collide in the US, Brooklyn Nets point guard Jeremy Lin has urged Christians to pray that “we would treat each other with grace and love” and offered a reminder of God’s sovereignty saying, “nothing we see or go through is out of God’s control.”

The 20-year-old Christian athlete, who monthly sends emails titled “Jeremy Prayer Requests” to a group of subscribers who want to pray over his requests and send their own, began by saying that he’s thankful for his health, the chance to be a Brooklyn Net, and the fact that he gets to be in the NBA.

“Prayer requests for our team is that we would gel quickly (with many new faces on the team this is important), continue to further cement a culture built on team success and for Jesus to be a big part of our organization (that souls would be saved and disciples would deepen their faith),” he said.

This summer, something that Lin said has “really caught” his attention is how politics and sports are colliding. Over the past several weeks, hundreds of NFL players and athletes from other sports have opted to kneel instead of stand for the U.S. anthem at games, in protest against racial violence in America. The move has been criticized as “disrespecting our country” by many, including President Donald Trump and Vice President Mike Pence.

“I’m grateful to be able to live in the US and be a part of a democratic nation and I pray that our country would unify instead of divide during this time,” Lin said. “Please pray for those in power to make wise decisions, and that despite our differences, we would treat each other with grace and love. At the end of the day, nothing we see or go through is out of God’s control and that’s a reminder I need to tell myself at times.”

Jeremy Lin also asked for prayer as he recently launched basketball schools in China in hopes of “promoting the game of basketball through great training, pushing the idea of being a student-athlete and sharing my values to the kids playing basketball in China.”

“Please pray that the schools would run smoothly, that the kids would love playing the game and that we would be able to touch and impact lives in a way that changes their character and mindset for life,” he said. “Thanks for all your prayers! It’s crazy, next time I sent out an email the season will have started already…Go Nets!!”

Last month, Lin told the New York Post that in the current “scary” political climate, he’s trying to figure out how to use his platform for good.

“It’s something that’s scary. It’s something that’s very serious. I’m not big into politics, but right now, I really am in terms of learning and trying to figure out how do I use my platform and my voice to take a stand? Because at the end of the day, we see a lot of injustice still, and things aren’t the way we thought they should be in America, or aren’t the way they wish they could be.”