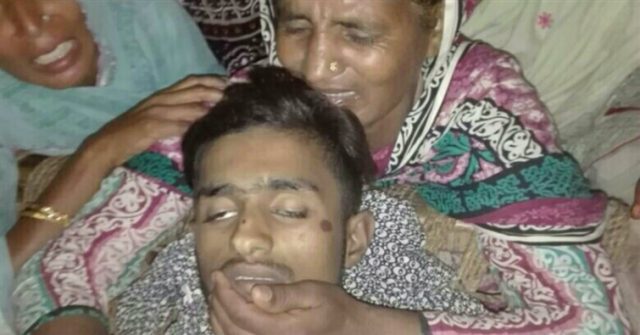 In a horrific act of violence and Christian persecution, one Pakistani boy has been killed. His father claims that the authorities beat his son to death for believing in Jesus. Mushtaq Masih, father of Arsalan Masih said that 14-year-old his son was attending school when police stormed the building.

“Arsalan was attending his tuition classes at the Ideal Science Academy when Head Constable Imtiaz, Driver Rashid, Constable Arshad and some other unidentified policemen kicked open the door and dragged him out of the classroom,” Masih said. “Sardar, alias Billu, a police constable, helped them to identify the boy. With this, they all started beating Arsalan with fists, kicks and rifle butts.”

“Rashid struck Arsalan’s head with a pistol, and he started bleeding,” he said. “When they bundled him into the police van, Arsalan collapsed and died. Later the police team threw Arsalan’s body on the roadside and fled.”

The Pakistani boy had reportedly previously got into a fight with a Muslim boy, who’s uncle was in the police. “I did not know about the fight until recently,” the father said. “Arsalan had reportedly beaten up a boy whose uncle, Sardar alias Billu, is a constable in the Sheikhupura District police. Billu nurtured a grudge against Arsalan, and that’s why he brought his police friends with him to teach the poor boy a lesson.”