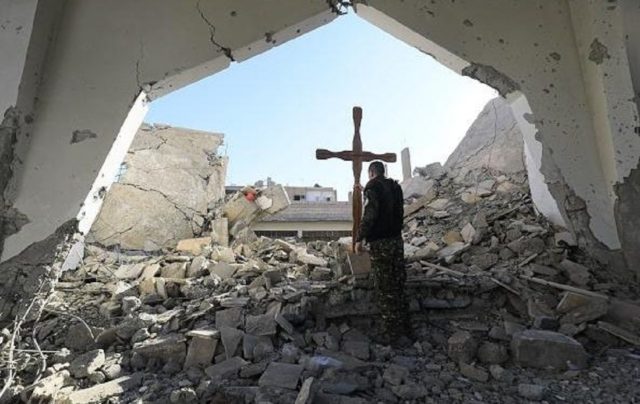 A report by the Bishop of Truro, the Right Reverend Philip Mounstephen, has revealed that Christians are the most persecuted worldwide.

This comes after an order by the UK’s Secretary of State for Foreign and Commonwealth Affairs, Jeremy Hunt, last December.

The report showed that 80% of religiously motivated attacks around the world are against Christians.

The Bishop of Truro suggested that the UK adopt a definition of anti-Christian discrimination and identify the “particular character” of discrimination against Christians, alongside “similar definitions for other religions”.

Speaking at the launch of the report, the Conservative leadership candidate Mr Hunt regretted that the government’s response to discrimination hasn’t always “matched the scale of the problem”.

“I’m not convinced that our efforts on behalf of Christians have always matched the scale of the problem, or indeed have reflected the evidence that it is Christians who frequently endure the heaviest burden in persecution.

“Perhaps because of a misguided political correctness or an instinctive reluctance to talk about religion, British governments haven’t always grappled with this problem,” Hunt said.

He described the continuous persecution of Christians as ‘Christophobia’.