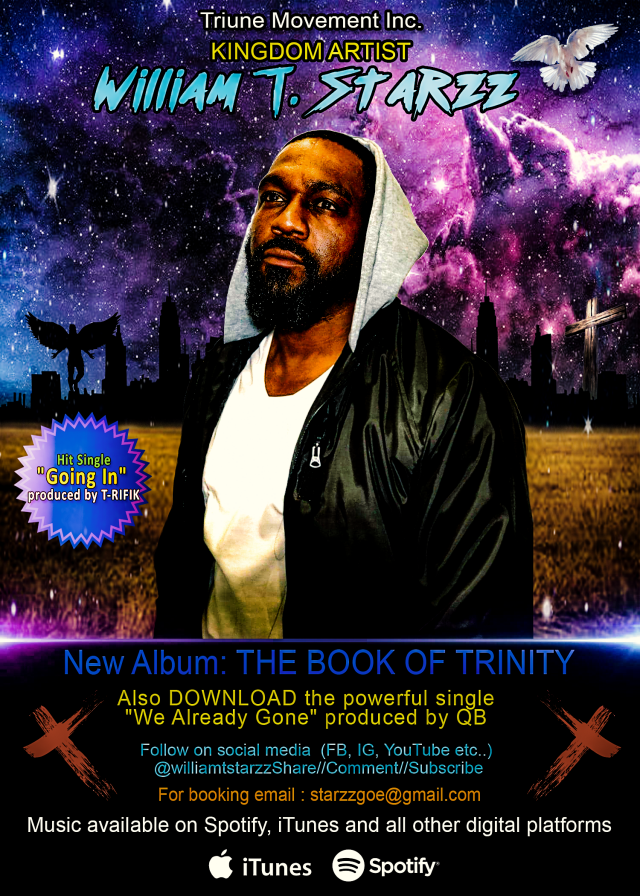 He found Christianity at the age of 33, thus ultimately leaving the hip hop music scene altogether. While away from the industry, he completed college earning an Associate’s degree in the studies of Theology. Still called by his in-grained love for music and his newfound love for Jesus Christ, he re-discovered his intrinsic talent for rapping the gospel message. He began recording original Christian hip hop material, starting in 2019 with his first independently released single “We Already Gone” produced by QB, earning him recognition for his positive influence and inspirational music amongst his fans, both those of the secular and gospel music community.

William T. Starzz is due to majorly release his second single “Going In” produced by T-Rifik, which is currently thriving in the underground gospel music circuit. He and his team at Triune Movement Inc, an independent ministerial business, is currently running ads via marketing and promotional drops for both singles, as well as the forthcoming official music videos and full-length album “The Book of Trinity” in which he devotes his gift into creating incredible music fueled by years of hard work, grinding and endured testing and trials. The project is anticipated to flare with astounding productions laced under creative raps dabbled with melodiousness, revealing a powerful message of faith and conquest.