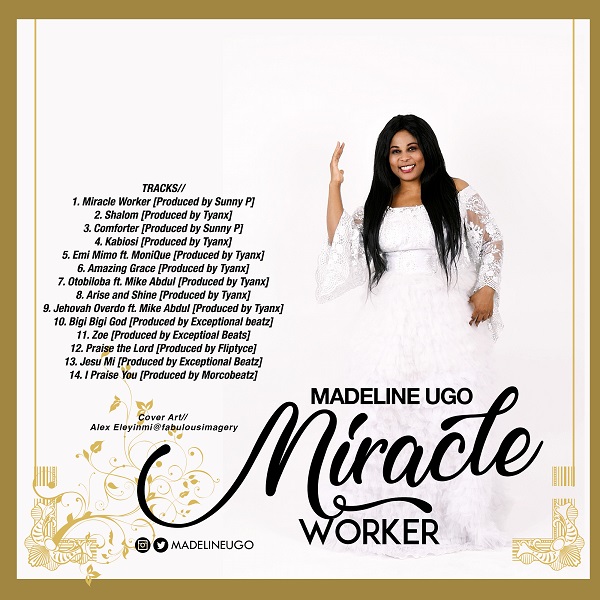 Nigerian- Switzerland based gospel singer and songwriter whose music has gotten a wide recognition around the world just released an album titled, Miracle Worker.

According to Madeline, she says, “Miracle worker is not just an album for this season but for all seasons, the album is a reminder of the potency of God, a reminder that when He acts, nothing can stop it. Against the odds, outside the statistics, or not humanly possible, that’s God’s way of working; it’s how He rolls. He works in the most impossible situations and says, “DONE!”