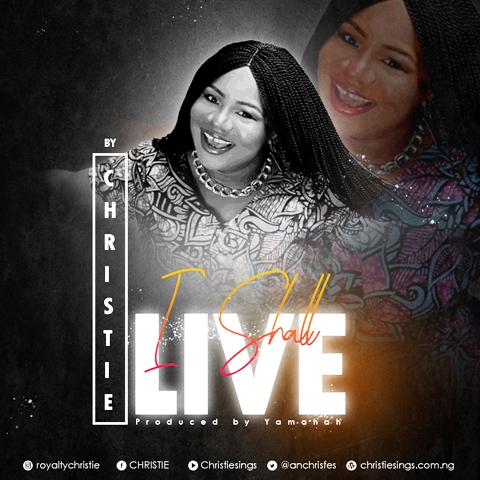 Minister Christie has released her second official single of the year titled, “I Shall Live” which is a must listen to.

Like every other song released, I Shall Live is not just another song, but a multidimensional song, prophetic, extolling, prayer, relying on God’s saving power.

It’s biblical to declare that we shall live to show forth the glory of God Who has elected us.

The song is a reminder and pointer that we aren’t living for ourselves, but for God in order to put His glory on display.

Download the song, listen, declare, pray it in and share with family and friends. It’s prophetic, it’s biblical.