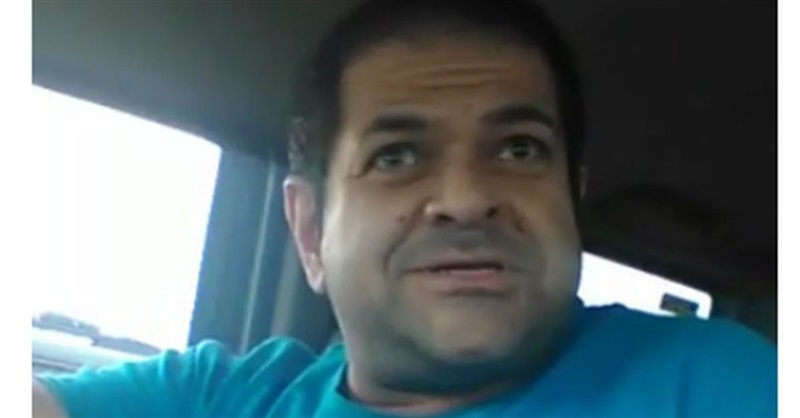 A self-proclaimed Muslim man Ehab Jaber, was recently escorted out of a Christian conference after he became disruptive. He proceeded to film a Facebook live video in his vehicle in the parking lot, showcasing his guns and telling viewers to “be scared.”

The Blaze reports that Ehab Jaber entered a Christian Worldview Weekend conference on April 9 at the Hilton Garden Inn in Sioux Falls, South Dakota. Attendees at the conference were discussing Islamic persecution of Christians. About 500 people were in attendance.

Jaber reportedly entered the conference unauthorized and began disrupting it. He wore a shirt reading, “I’m American, I’m a Muslim, I open carry, I conceal carry, and I’m dangerous only if you’re stupid.” He also reportedly was carrying a Quran.

“It was a ticketed event but we didn’t have enough volunteers to be checking everyone coming in throughout the event,” said Shahram Hadian, a former Muslim turned Christian pastor who was one of the speakers at the conference. “This guy came in after the event started so the way the hotel was set up, there were just too many ways to get in. This was a private event, a closed event for Christians, but that’s how he got in, because we just didn’t have the manpower to be checking everyone.”

Jaber was escorted outside by police where he proceeded to film a Facebook live video, showing each of his guns with ammunition and warning viewers to “be scared” and to “be f***ing terrified.”

FBI officials and South Dakota police have reportedly questioned Jaber, but let him go after determining his actions were not cause for detainment.