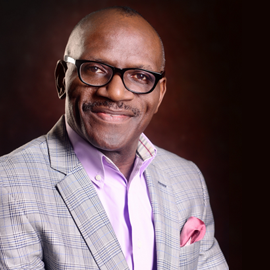 Senior Pastor of Fountain of Life Church, Ilupeju, Lagos, Taiwo Odukoya, has attributed part of the country’s problems to the recycling of leadership.

According to the Nigerian News Express, Odukoya made this statement at a Sunday sermon entitled “God of Increase 2”.

Pastor Odukoya said the system has proved that it is not workable to recycle leaders.

“The problem of Nigeria is that we have a system where a nation is ruled by the same sets of people who recycle themselves from army to the executive and then to Senate,” he said.

He therefore encouraged the young to join in the nation’s leadership.

“I am waiting for a time where the country will be ruled by a 40-year-old, otherwise, the way it is going Nigeria will end up being ruled by a 90-year-old,” he said, adding that, “the thing is that, such system cannot hold for long because, it does not conform to kingdom principle.”

According to him, prayer for the nation remains a vital cog in the wheel and should be offered daily for the nation, her leaders and citizens.