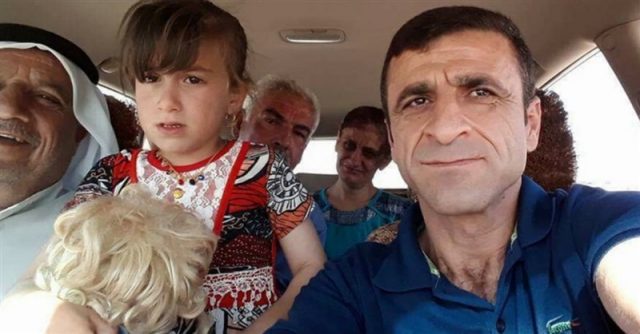 Some stories just break your heart. Here is a report from ChristianHeadlines about a Christian Girl abducted by ISIS in 2014, gaining her freedom three years later.

After almost three years in captivity, an Iraqi Christian girl abducted by the Islamic State in August 2014 has finally been reunited with her parents.

Christina Abada, who is about to celebrate her sixth birthday, was welcomed home at around 10am this morning, local time. Locals say she was released by the Iraqi Special Forces.

“It is a very happy moment; everybody is dancing and clapping and singing,” one Christian woman told a World Watch Monitor contact from the Ashti refugee camp, near Erbil, where her parents have lived for the past two years.

“She looks OK, quite healthy. I believe she must have been in the house of a family who took good care of her. She was even wearing gold earrings, so it must have been a wealthy family,” she added.

But there was one note of caution.

“Although everybody was very happy, it was also sad to see that Christina herself is in shock about all the people around her,” the woman said. “Everybody is asking questions and speaking to her, but she does not say anything back, really. She also seems to be overwhelmed by the huge crowd of people welcoming her.”

In the below clip, posted on Twitter by local journalist Steven Nabil, Christina’s mother thanks people around the world for praying for them, and praises God that Christina is now home.

Christina was abducted in August 2014, when ISIS overran Iraq’s second city, Mosul, and then swept into the Christian city of Qaraqosh in the Nineveh Plains, where the Abadas lived. Prior to IS’s occupation, it was the largest Christian city in Iraq.

Not forgetting all those in the same state has she were, we continue to pray for their freedom.