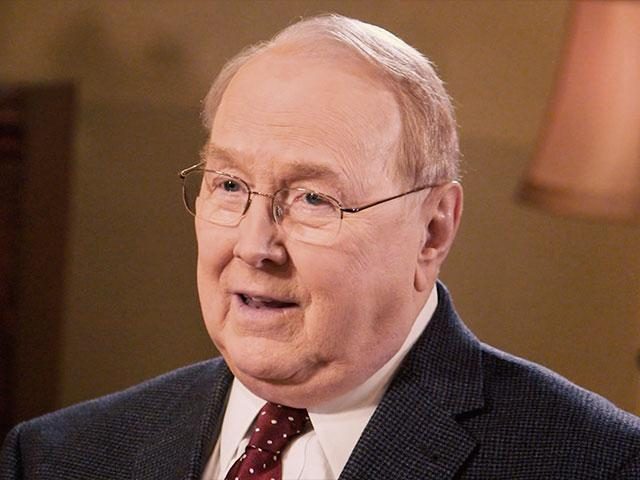 James Dobson’s radio show Focus on the Family has for years been a force for nurturing and defending the God-ordained institution of the family and promoting biblical truths worldwide.

James Dobson has been called one of the most influential Evangelical leaders of our time, and for good reason. For the past four decades, Dr. Dobson has devoted his life and ministry to preserving the family. He’s best known for his long-running radio show, “Focus on the Family” and this year celebrates 40 years in broadcasting.

Jim Dobson was born in Shreveport, Louisiana in 1936, the son, grandson and great-grandson of ministers.

At 81, Dobson says he has no plans to retire. He starts each day with 45 minutes on the treadmill before coming here to his office that looks more like a ski chalet – adorned with rustic furniture, family photos and a majestic view of Pike’s Peak. And like Pike’s Peak which towers more than 14,000 feet above Colorado Springs, Dobson says one thing remains paramount over all else – teaching your children to love the Lord.

In honor of Dr. Dobson’s 40th anniversary in broadcasting, Family Talk is launching the Dobson Digital Library. The project brings four decades of tried-and-true, family-centered content to a new generation of families on the worldwide web.