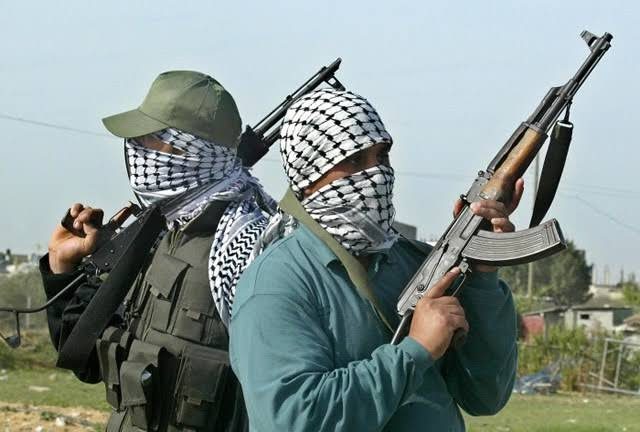 The attack took place at the Assemblies of God Church in Oguta area of Onitsha.

Gunmen on Sunday August 13, attacked yet another Church in Anambra State killing a policeman and a civilian.

The attack took place at the Assemblies of God Church in Oguta area of Onitsha. This comes exactly a week after another Church St. Philips Catholic Church in Onitsha of Anambra State, was attacked by gunmen killing at least a dozen persons.

Information made available by the Eagle Online, had it that the policeman killed was one of those guarding the Church.

According to Eyewitnesses, his gun was taken away by the gunmen who dressed like masquerades. Also, a commercial motorcyclist at the scene was shot dead while trying to escape and his passenger left injured.

The dead policeman was the only one armed among his colleagues who were providing security at the Church during the service.

However, the police of the state have debunked any claim that the incident has anything to do with a Church attack. The spokesperson of the force in the state, Princess Nkiru Nwode, while speaking to newsmen said the attack was on policemen who were on foot parole along the Oguta road in Onitsha.

She said the attackers were hoodlums who disguised themselves as masqueraders in order to disposes innocent citizens of their belongings and in the process, killed a policeman and a civilian while leaving some others injured.