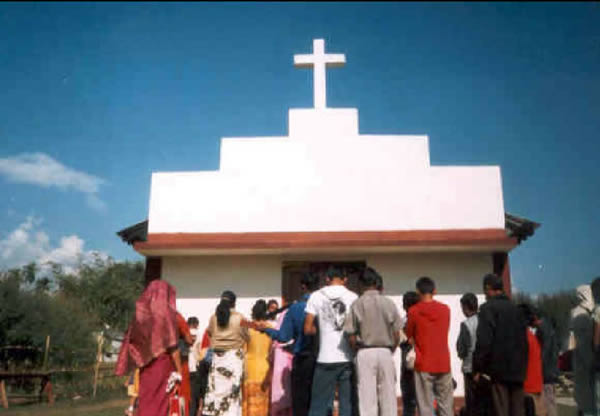 Scores of Hindus in Nepal are turning to Christ, thanks to missionaries who have dedicated their lives to evangelizing the secular state.

Nepal was once the only Hindu state in the world, became secular in 2008 after a decade of civil. The transition to secularism opened up space for other religions including Christianity.

Many of the churches are led by Chepangs, one of Nepal’s most disadvantaged indigenous groups.

“After the earthquakes, Christian missions in Chepang areas became more and more active and the number of churches is dramatically increasing,” says Diana Riboli, an Italian anthropologist who has spent years researching Chepang shamanism in the area around Manahari. “Missionaries emphasise the healing aspect of Christianity, trying to put an end to the traditional rituals and charismatic power of shamans.”

But some criticize the converted, asserting their belief that they are just getting in with the Churches for some more money. “They are greedy … after the earthquake, they got Bibles, rice, clothes, blankets, money to build churches. Pastors were getting motorbikes … They spend the whole time emailing foreigners to ask for money,” Purna Bahadur Praja, a Chepang shaman says.

Mahibal Praja, a Chepang pastor, vehemently denies this. In a small shop off the main road from where he runs a cable TV business, dusty monitors, coils of wire and soldering irons lie scattered across the shop. “Look at this. If I was making lots of money would I be working here?” he asks.

“Many people are making money from Christianity, but they are not real Christians,” Praja declares at their Sunday service, as 50 people huddle in a shack of corrugated iron and concrete blocks. He closes in prayer. “This church needs a new building. God, please provide a nice building.”

Caste discrimination is the main reason Dalits are turning to Christianity, says another Pastor, Jit Bahadur Sunar. “The higher castes in the village used to treat dogs better than us … and generally they still do. [Upper caste] priests refuse to do marriage or death rituals for Dalits, but among Christians there is no discrimination … we are all equal.”

“Ten years ago there were just four or five Christian families here, but every day the number is increasing,

“Virtually all the Dalits here are Christian” he says.