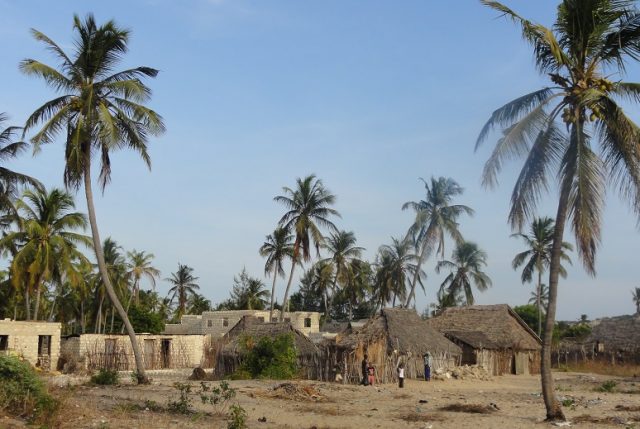 People of Mpeketoni and Hindi held peaceful demonstrations to protest the slow response by security agents in Lamu County.

International Christian Concern (ICC) has learned that on September 6, 2017, four Christians were killed in Hindi by al-Shabaab, Christians’ main persecution threat in Lamu, Kenya.
The militants went from house to house, calling out the victims, and then dragging them into the street. This terror started yesterday when Hillary Njuguna, a carpenter, was kidnapped by the Somalia-based terror group and later killed approximately a kilometer from Bobo village.
After Hillary’s death, 30 armed militants entered the two villages and captured Joseph Kinuthia, a teacher at Bobo Primary school, Jared Maiko, a businessman, and Gushi Peter. Militants dragged the Christians into the streets before shooting and beheading them.
One of village residents, Joseph Muchemi, told ICC what happened, “Hillary was a carpenter; he was cutting timber with his friends in the forest near Malamande village when al-Shabaab ambushed and kidnapped him. The others managed to escape, but due to the loud [noise] from the power saw, they trapped him.”
Hecontinued, “The reason many people weren’t killed like in 2014, when 15 people were killed and houses torched, is because we are always alert at night. This, however, doesn’t mean that four people deserved to die. We will continue to ask the government to set up at least one police post in every three villages.”
People of Mpeketoni and Hindi held peaceful demonstrations to protest the slow response by security agents in Lamu County. Civilians continue to live in fear because of al-Shabaab’s ever-present threat in the region. In the past three months, al-Shabaab has killed more than 49 Christians.
While the protests have been peaceful, some protesters are growing increasingly frustrated with the Kenyan government’s apathetic response to the attacks.
“Since morning, the people here have been protesting the state of insecurity where only Christians are [being] killed. Roads have been blocked and tires are being burned everywhere as the police try to calm the residents. I have heard some protesters say that they would break into the mosques and burn them down because the Muslims have been killing their friends like chicken,” Pastor Bernard Baya told ICC earlier today.
The militants, linked to Al-Qaeda, became notorious in Kenya after claiming credit for the deadly attacks on Westgate Mall in September 2013 and on Garissa University College in 2015. Al-Shabaab killed 67 people at Westgate Mall and another 148 in Garissa. In a string of attacks, al-Shabaab has targeted churches, passenger buses, police stations, shopping centers, communication masts, and Christian aid workers. In many of these attacks, the group has separated Christians from Muslims, before executing the Christians and sparing the Muslims.
This recent attack comes in the wake of a multi-agency operation to flush al-Shabaab out of the Boni Forest. Some precautions established in this operation are a dusk-to-dawn curfew and calls for residents to be cautious around suspicious people. As this operation continues, families that have been displaced from the villages near the Boni Forest are living in camps, some for as long as two months.
ICC’s Regional Manager for Africa, Nathan Johnson, said,
“The Kenyan government needs to show a much greater desire to protect its people. This is the third such attack in less than two months, and all in the same area. If the government isn’t willing to protect its people from al-Shabaab’s reign of terror, then they will lose the fight to terrorism. We pray for the families of the deceased and for peace to come to this region.”
Follow us on Facebook and Twitter